We left Australia freemen, keep us so! 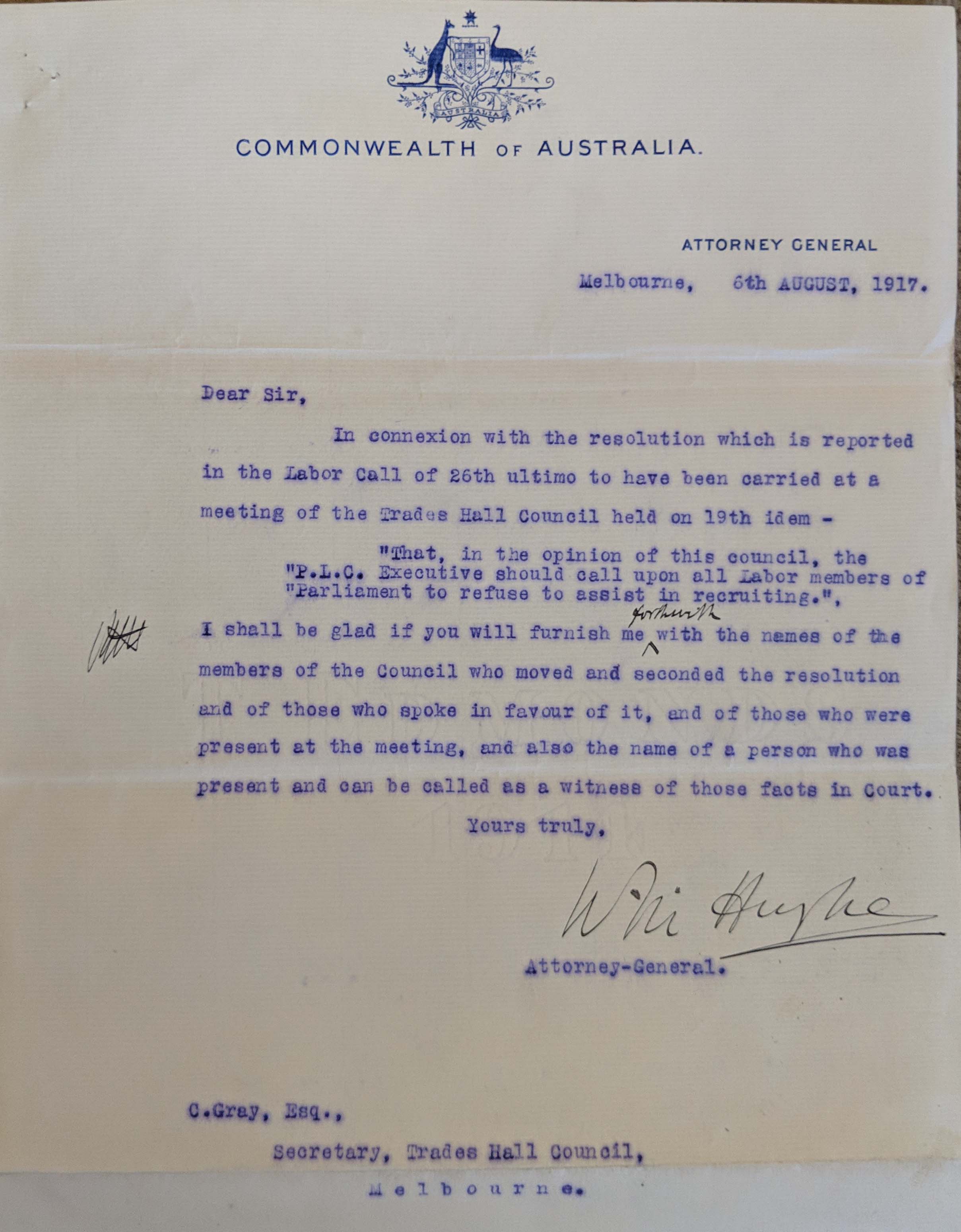 Labor Prime Minister Billy Hughes wrote to Trades Hall, clearly incensed to hear that the labour movement were organising against his efforts to introduce conscription in WWI. He was right to worry - workers in union would lead a brilliant campaign to defeat conscription in two successive referenda on the issue in 1916 and 1917. Australia was the only democratic nation to defeat conscription in this way.  We commemorated this victory with a mural just inside the Hall’s Lygon Street entrance.

The materials in this case relate to that mighty campaign, and to the union movement’s ongoing role in opposing war, from the Vietnam moratoriums to the campaign for nuclear disarmament.