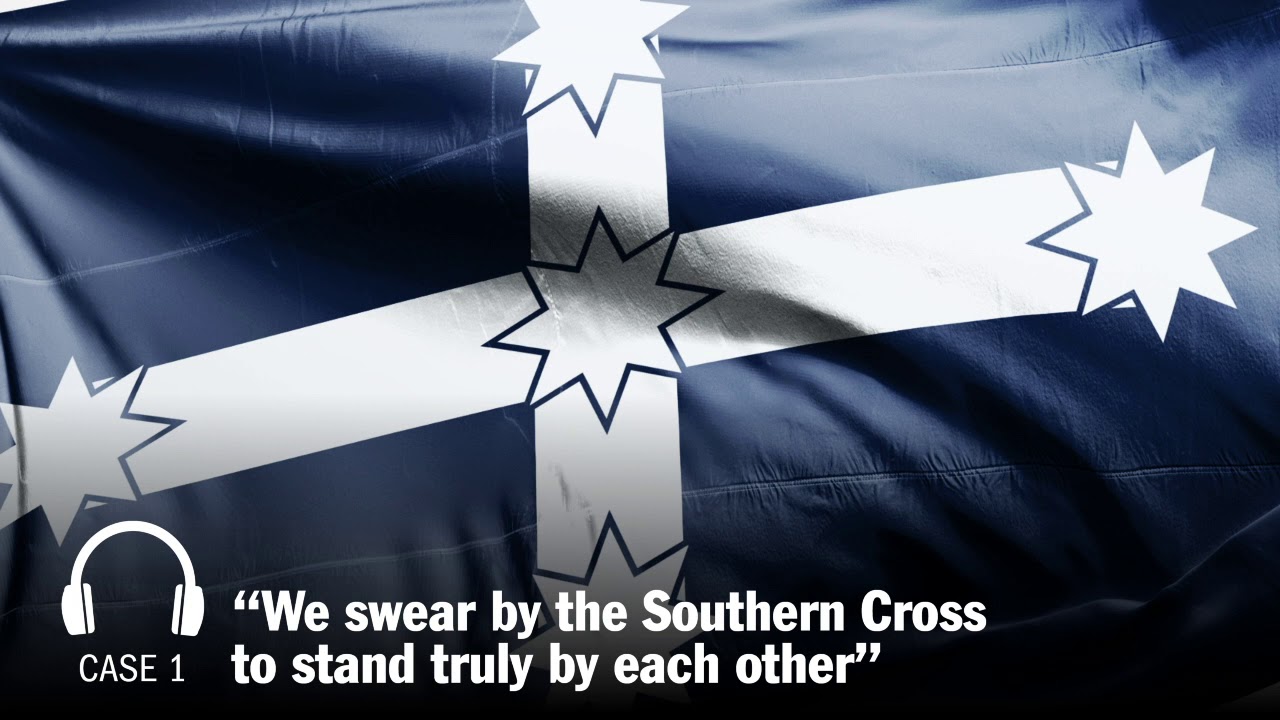 “There is no flag in old Europe half so beautiful as the ‘Southern Cross’ of the Ballarat miners, first hoisted on the old spot, Bakery Hill… Lalor, who now knelt down, the head uncovered, and with the right hand pointing to the standard exclaimed in a firm measured tone: - ‘WE SWEAR BY THE SOUTHERN CROSS TO STAND TRULY BY EACH OTHER, AND FIGHT TO DEFEND OUR RIGHTS AND LIBERTIES’

I call on my fellow diggers, irrespective of nationality, religion or colour, to salute the Southern Cross as the refuge of all oppressed from all countries on earth.”

Rafaello Carboni’s account of its first raising shows just how potent a symbol of workers’ rights the Eureka Flag has always been. Over decades since it was torn from the stockade on that night of bloody infamy in 1854, pieces of the original flag were cut off and given as souvenirs to visiting dignitaries. When the fragment you see before you was auctioned in 2017, union members raised funds to keep it on public display for the enjoyment of all working people.

After the stockade, the Eureka flag was raised by striking shearers at Barcaldine in 1891, by striking waterside workers at Port Kembla in 1939, and thousands of other workplace disputes to this day. The “rebel flag” represents a pivotal moment of workers collectively organizing not just for material wealth, but for civil and political power.

It’s such a politically charged symbol of unionism, in fact, that the Australian Building and Construction Commission has sought to ban it from even appearing on government building sites - right down to banning stickers on helmets like the one shown here.