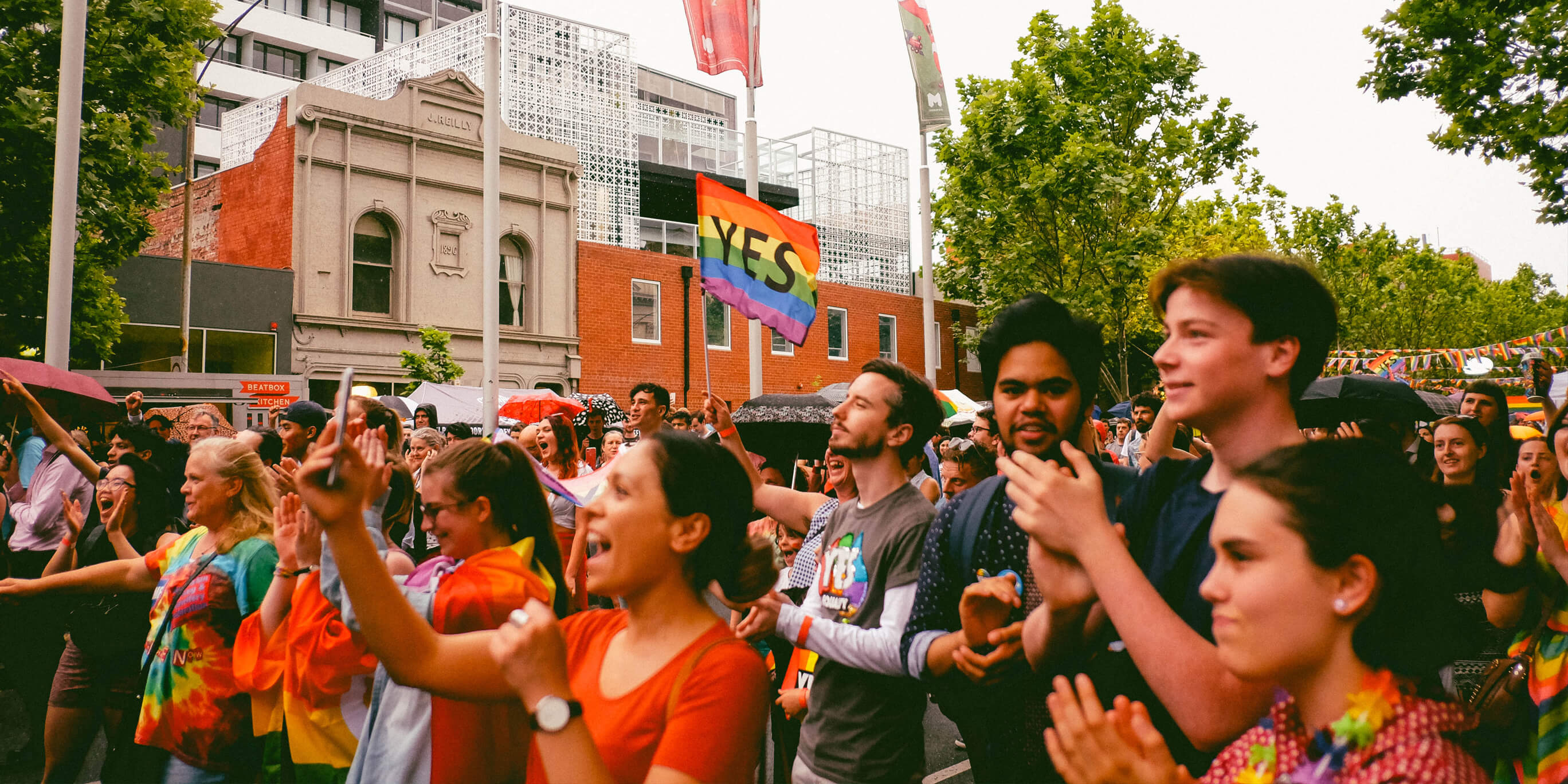 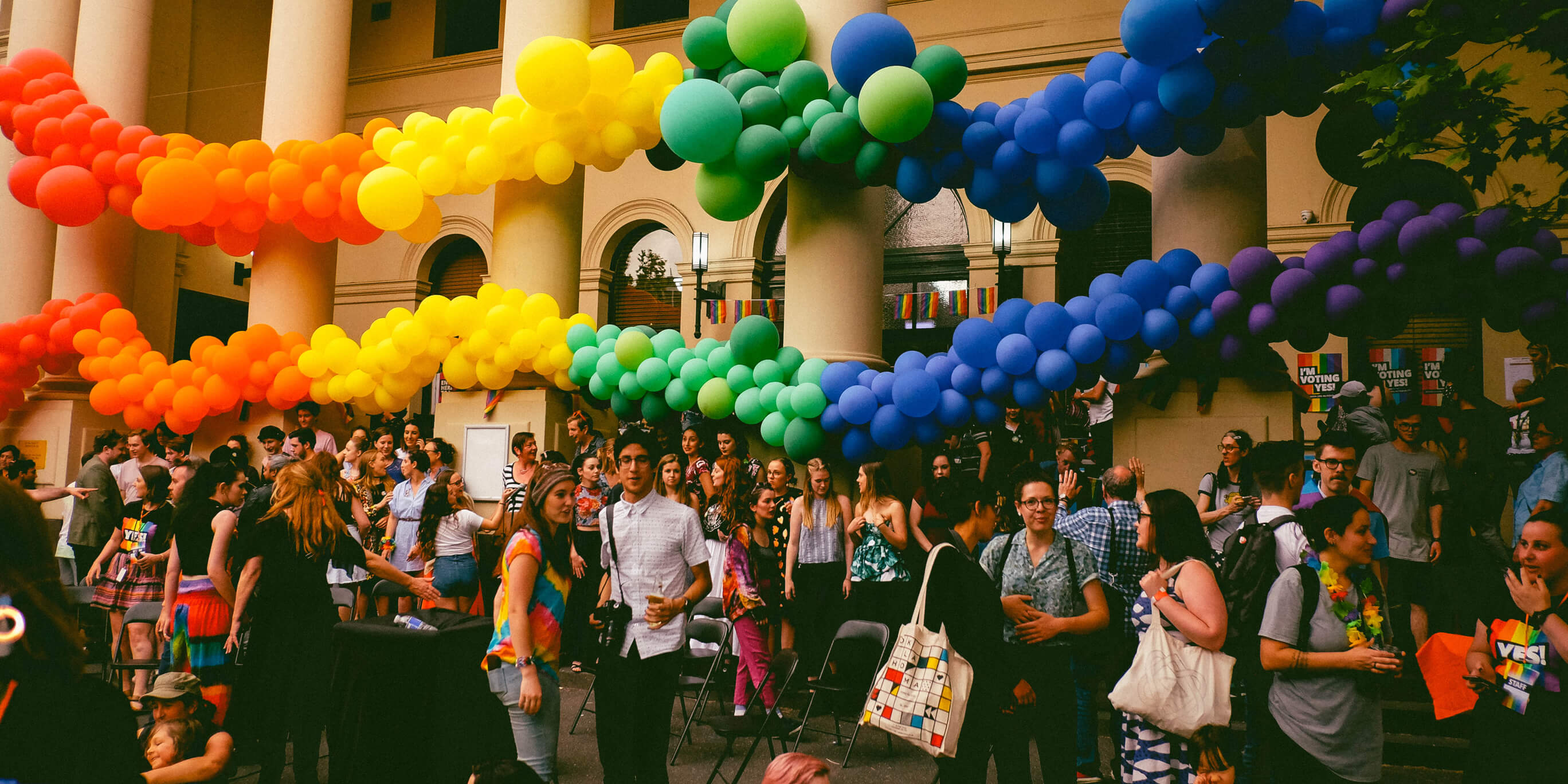 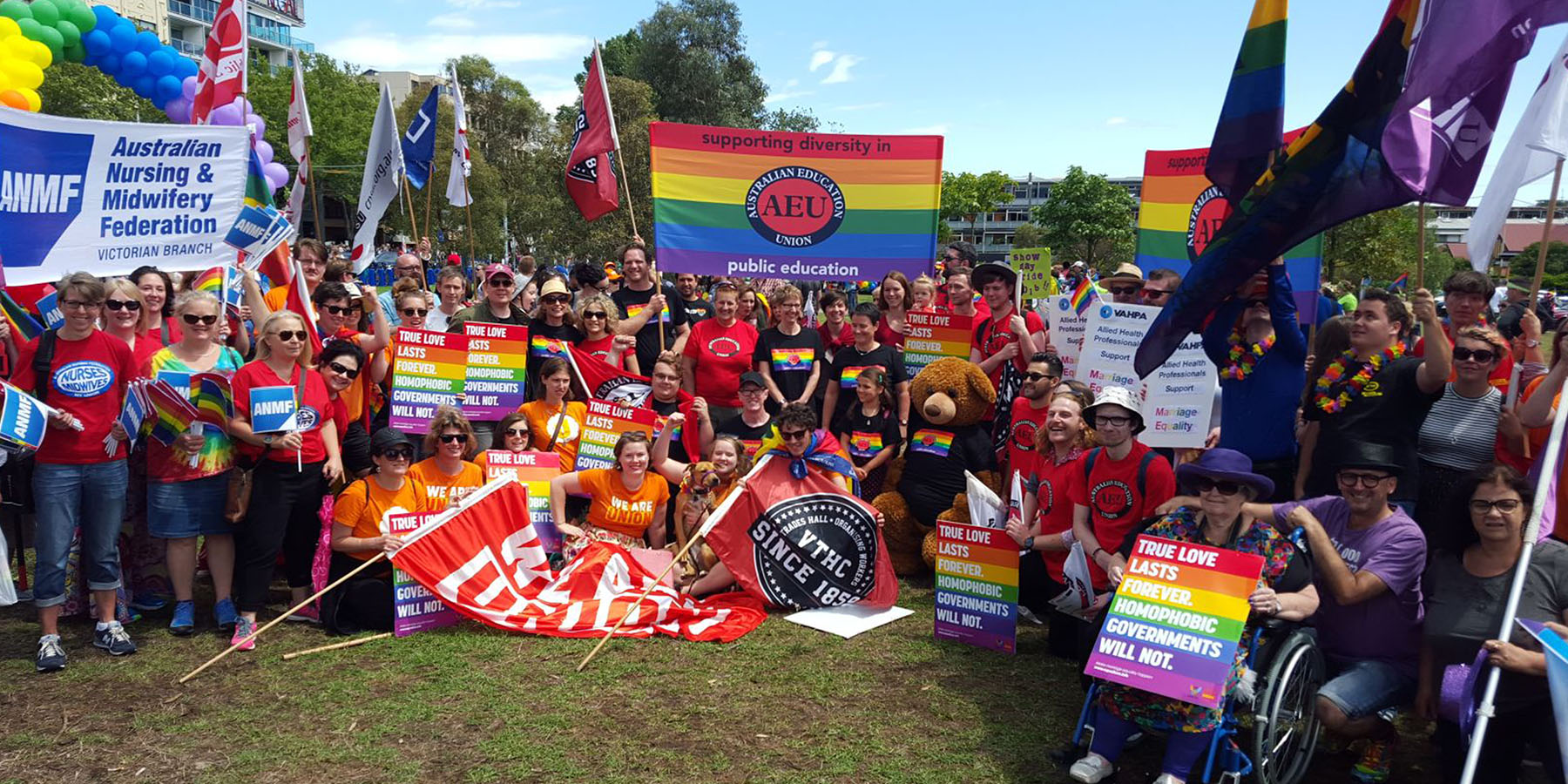 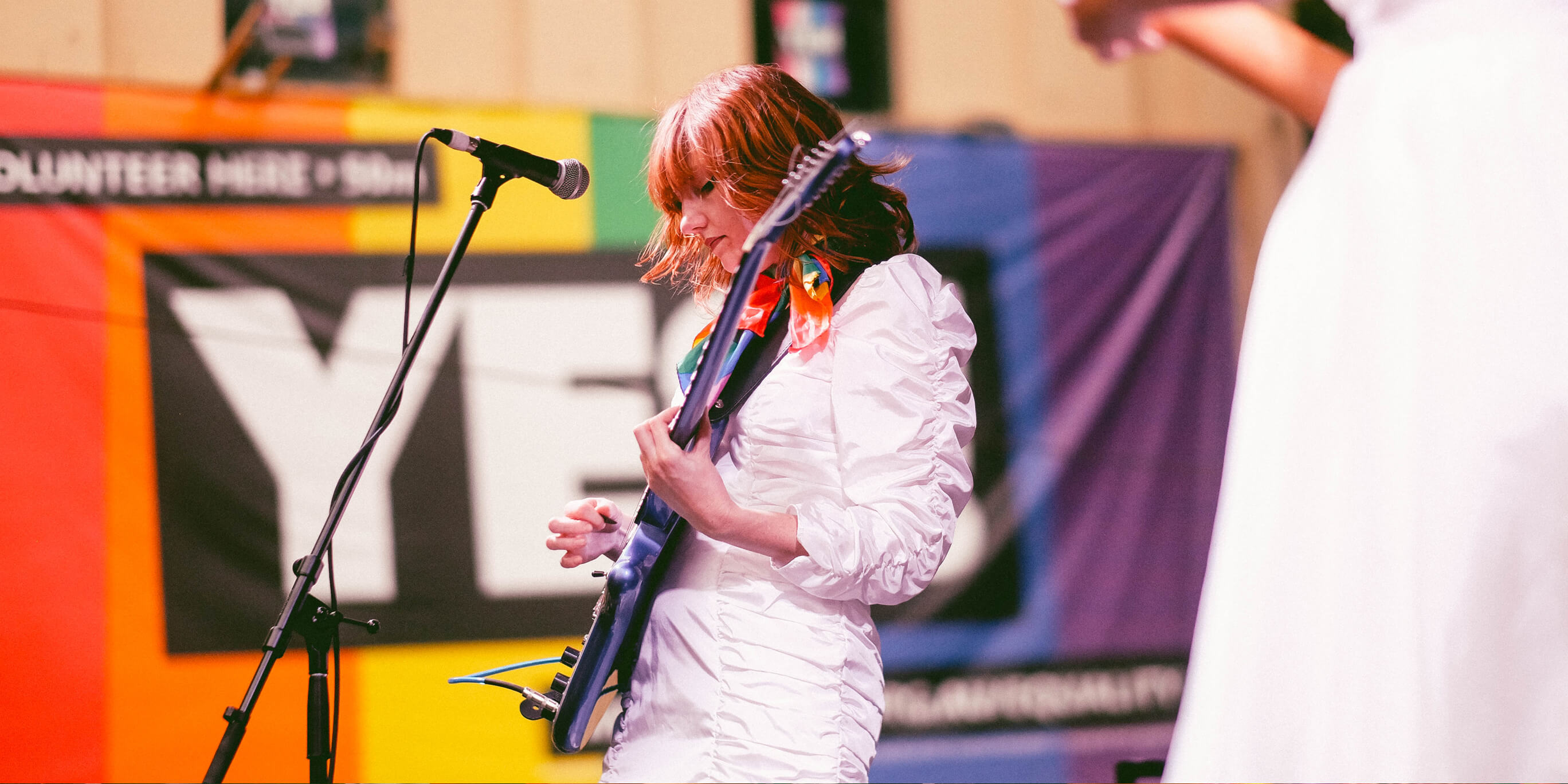 Unions' support for the 2017 Marriage Equality campaign was built on decades of work by LGBTIQ+ unionists.

In anticipation of the Liberal Government calling a postal vote on marriage equality, Trades Hall had established a LGBTIQ+ workers campaign team in 2016. Its goal was to test the effectiveness of a ground campaign, using the 2016 federal election as a field experiment.

So immediately as the 2017 postal survey on marriage equality was announced, the Trades Hall campaign machine was ready to go.. Within hours, posters were ordered. Voter enrolment drives at universities across Australia were coordinated with the National Union of Students. Door knocks, phone banks and street stalls were a daily occurrence as Trades Hall became the hub of Victoria’s Marriage Equality campaign.

On 15 November 2017 it was announced that Australia had voted overwhelmingly for equality.

2,145,629 Victorians, or 64.9%, voted YES! – the highest of any state. That night, when the LGBTIQ community was looking to celebrate, they knew where to come. Around 20,000 people, including the Victorian Premier, Federal Opposition Leader and Melbourne’s Lord Mayor, celebrated on a rainbow-hued Lygon Street outside Trades Hall. 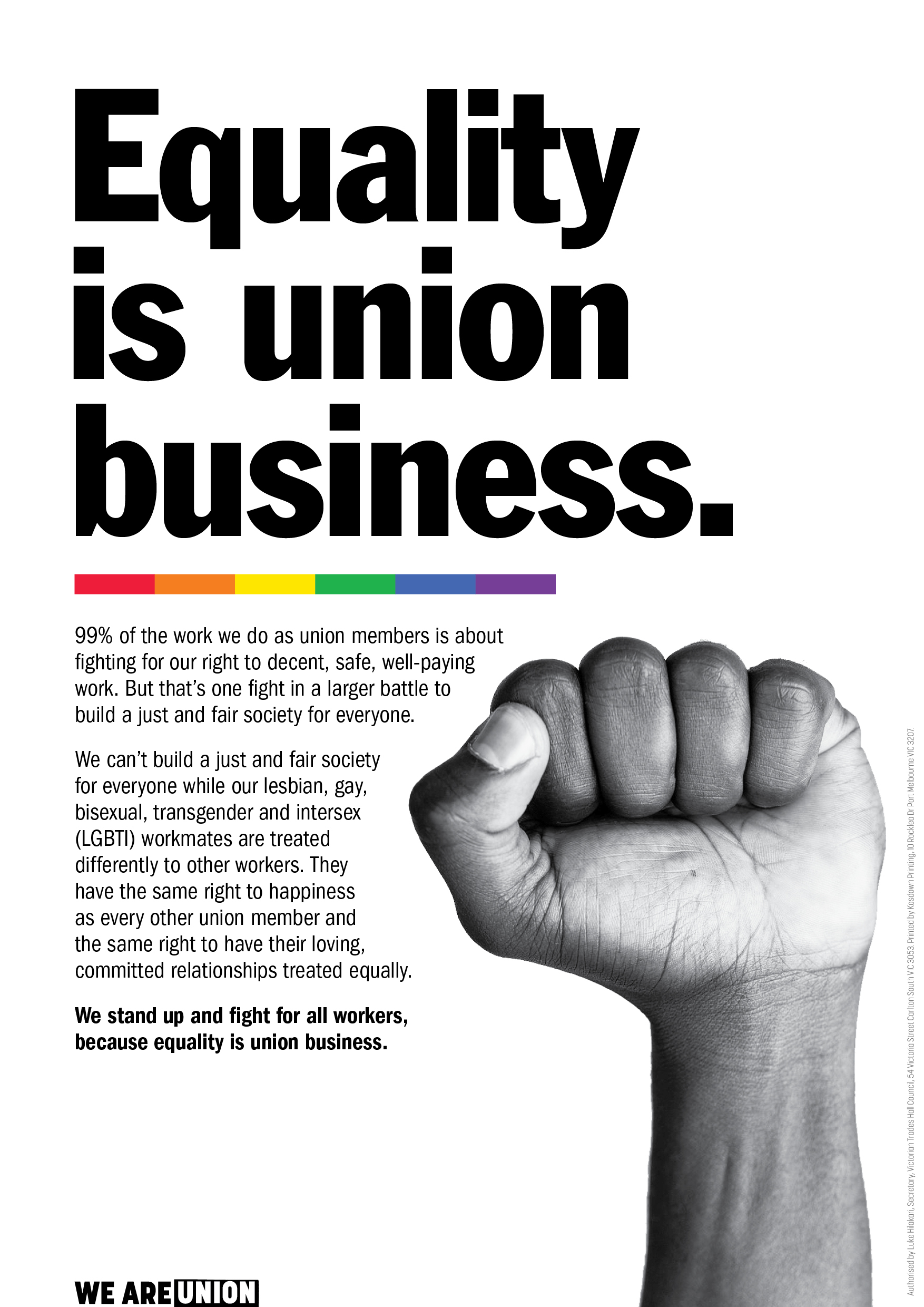