Stuff You Should Know About the Gender Pay Gap

The gender pay "gap" is measured by full-time equivalent wage rates, which distorts the picture.

Women are more than twice as likely as men to work part-time, and even full-time women work fewer hours than full-time men. But this doesn't reflect women's "choices". More than 10% of women are "underemployed" - meaning they want and are available to work more hours than they do. That measure does not include women who would like to work longer hours if they were not prevented by caring responsibilities, which are overwhelmingly shouldered by women.

Men and women don't always get paid the same for doing the same job.

In Australia, pay secrecy clauses in employment contracts are legal. These clauses exacerbate pay discrimination and unconscious bias, by disguising inequality between employees, and effectively discounting women's Work. The problem is particularly pronounced in industries with bonus payments or discretionary incentives, such as financial services. Where pay is discretionary, men are more likely to argue for higher pay, but there's a good reason for that. Women who argue for higher pay are significantly more likely to be penalised!

It might be comforting to imagine that there is some weird logic to why some jobs are paid more than others. But there is no rhyme or reason to why the people who educate little kids are paid less than the folks who groom dogs; why nurses and emergency services workers earn less than merchant bankers; why social workers are paid less than forestry workers. To be clear - we think all work should be valued, and all workers should earn a living wage. But the undervaluation of "womens' work" is a clear problem that we can tackle as a society and as a movement.

Supporting women to enter male-dominated work is not just a matter of telling girls “you can be anything!" In reality, a lot of workplaces make life hard for women. Recently, the ABCC (A Construction regulation body) spent $432,469 on legal fees trying to fine the construction union for demanding a worksite provide a women's toilet for a member!

Both mums and dads decide to have kids, but mums are punished.

When a mother returns to work after having a child, mothers are seven times more likely than fathers to work part time. This reality exacerbates the gender pay gap, because women who work part time are looked over for promotion, and miss out on professional development opportunities. Women who have children suffer a lifelong career disadvantage. By supporting more men to take up parental leave, and building more family-friendly and flexible work cultures, we can overcome the motherhood penalty.

Because women do not receive superannuation while on parental leave, we miss out on thousands of dollars in super early in our careers, which turn into tens of thousands foregone in compound interest by the time we retire. As a result, Australian women retire with half the superannuation of men. Single women over 60 are the fastest growing demographic of people experiencing homelessness.

Hiring and promotion discrimination is illegal but real.

Research has shown that men and women with equal qualifications and experience are treated unequally in hiring and promotion processes. Stereotypical beliefs that women are less committed to their work/need to be protected from overwork limit women's career development opportunities. Additionally, the problem is self-perpetuating, as men are promoted into management roles and then continue to hire and promote other men, whose styles of leadership they are more familiar and comfortable with. Affirmative Action and gender quotas support organisations to overcome unconscious bias, and help them choose the best person for the job - in spite of their unconscious or conscious preference for less qualified men over more qualified women.

The gender pay gap is different for different women.

Gender pay inequality is compounded by intersecting identities such as race, sexuality and disability. Australiås Workplace Gender Equality Agency does not collect disaggregated data, but based on stats from the United States, we can estimate that the gender pay gap is 1.5 times greater for women of colour than for white women. We can assume a similar disparity exists for women of colour in Australia as well as trans women and women with disabilities.

We need to organise for equality

The Gender Pay "Gap" is not a natural feature of the landscape. It won't just disappear on its own.

To remove the barriers to gender pay equality, we need to organise.

Want to know what that looks like? Join us. 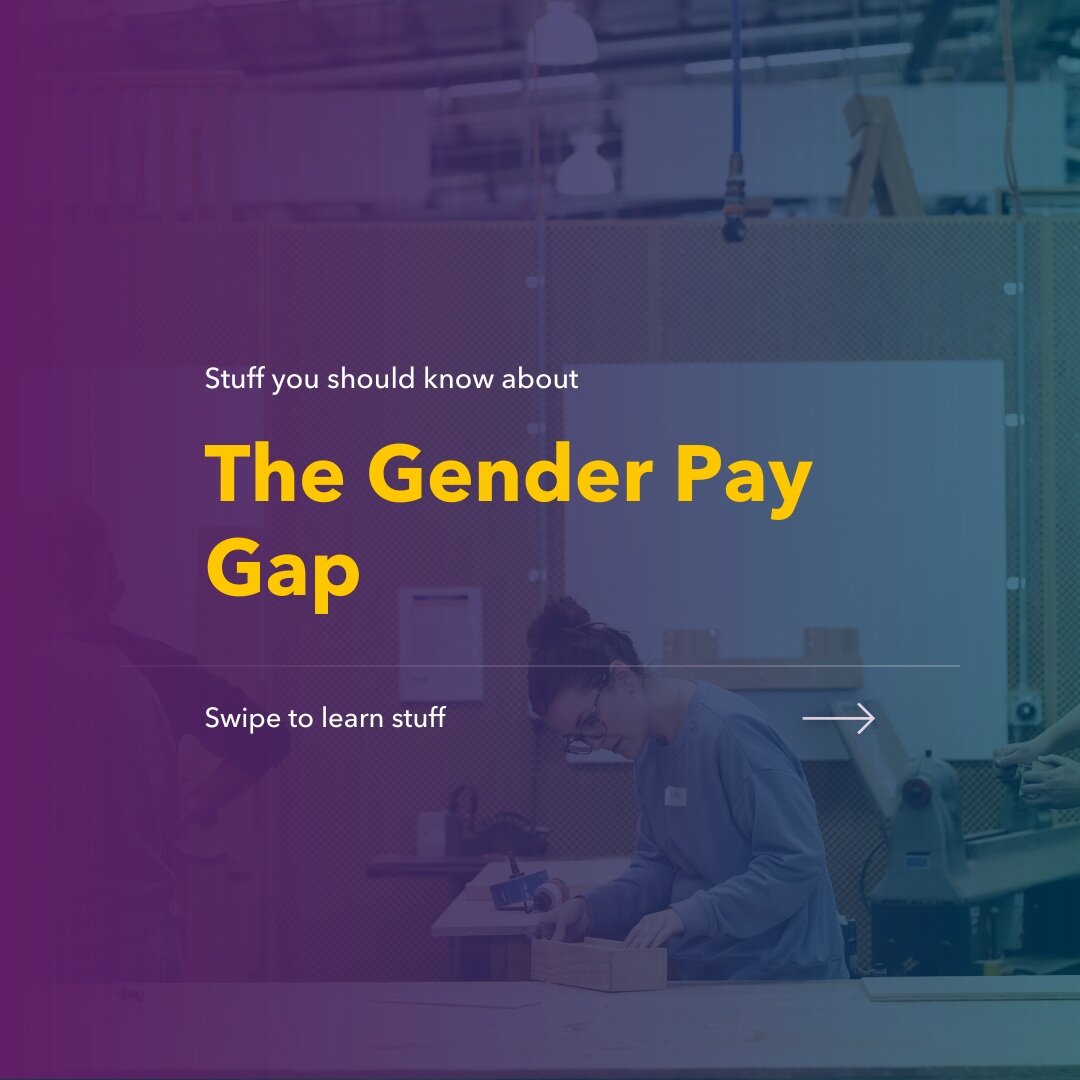 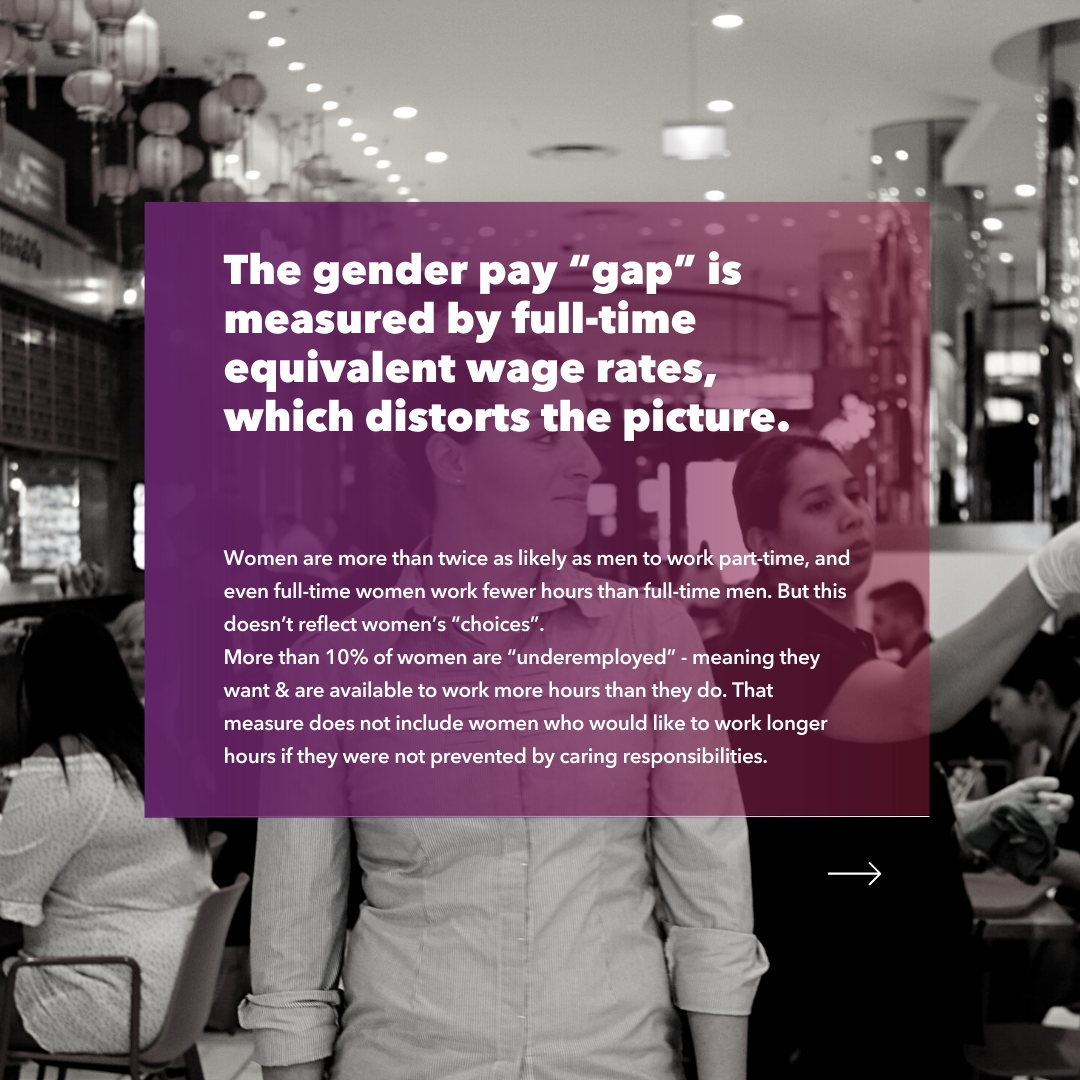 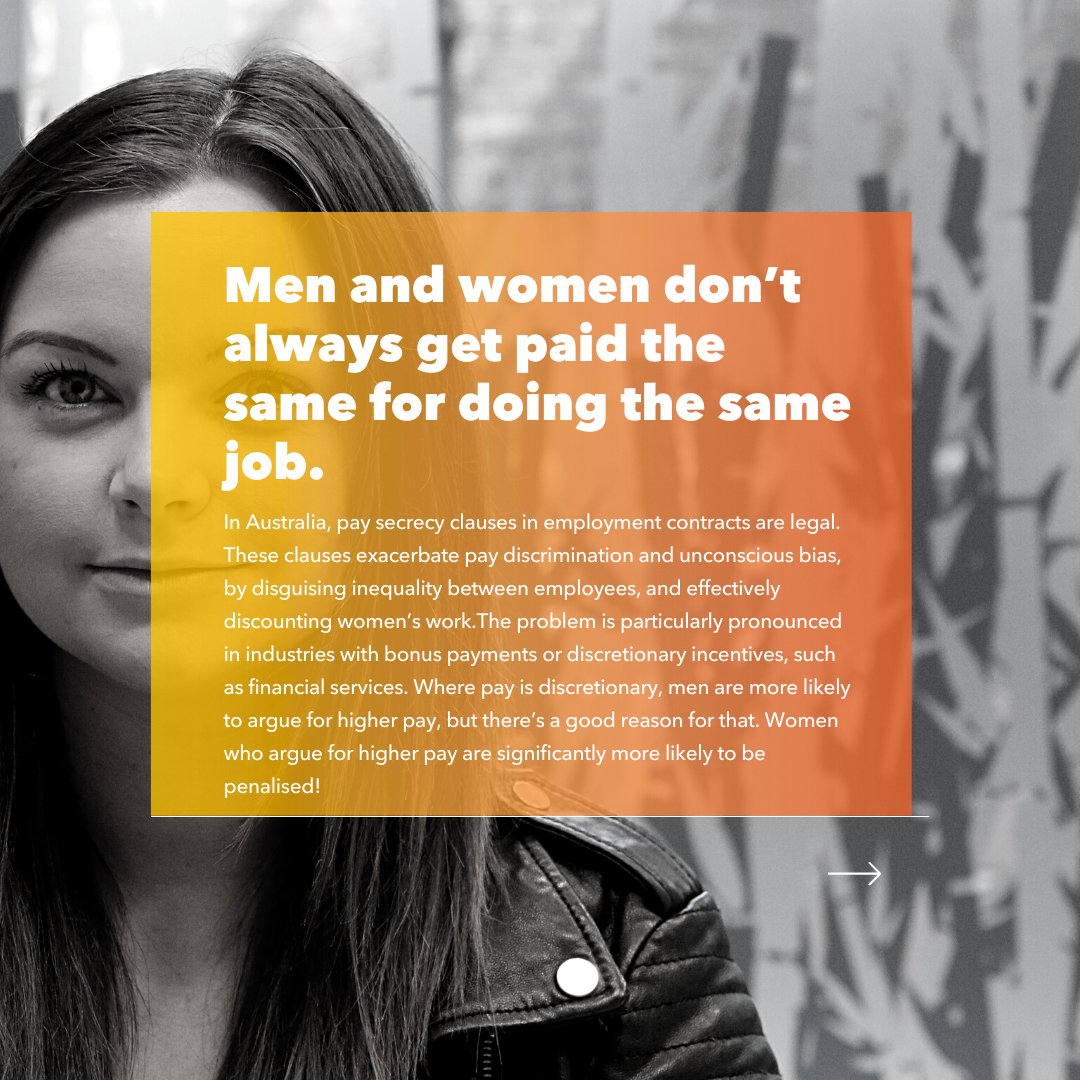 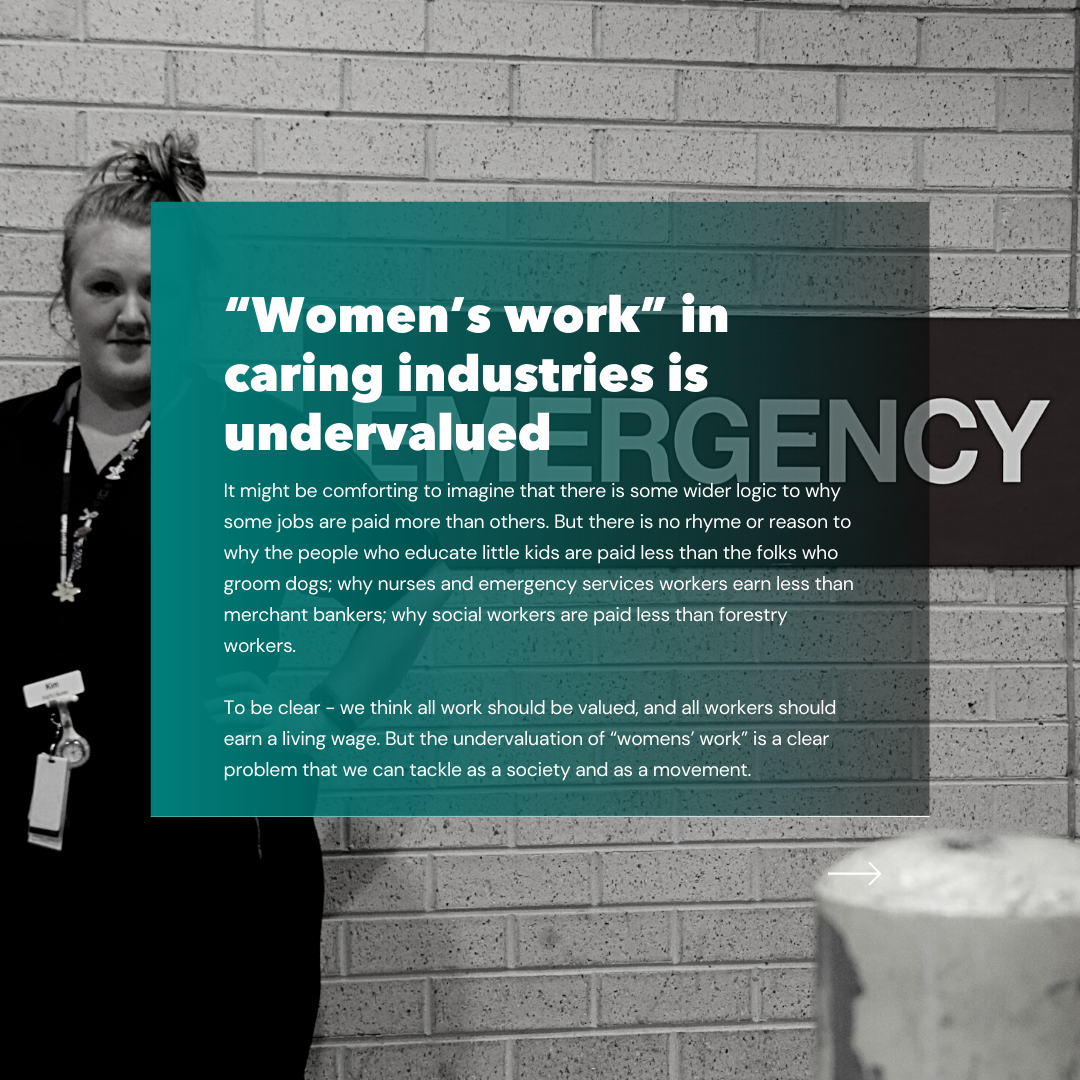 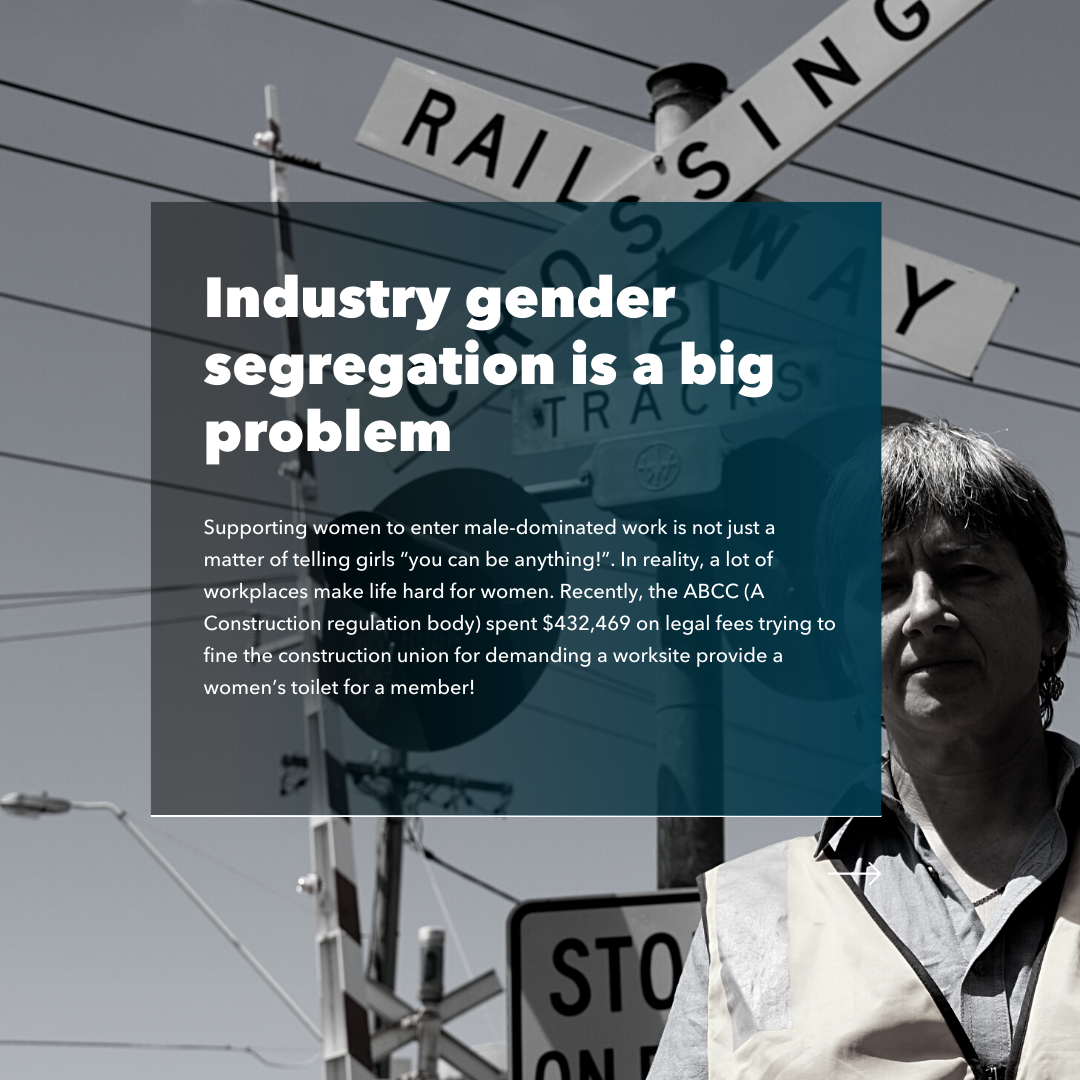 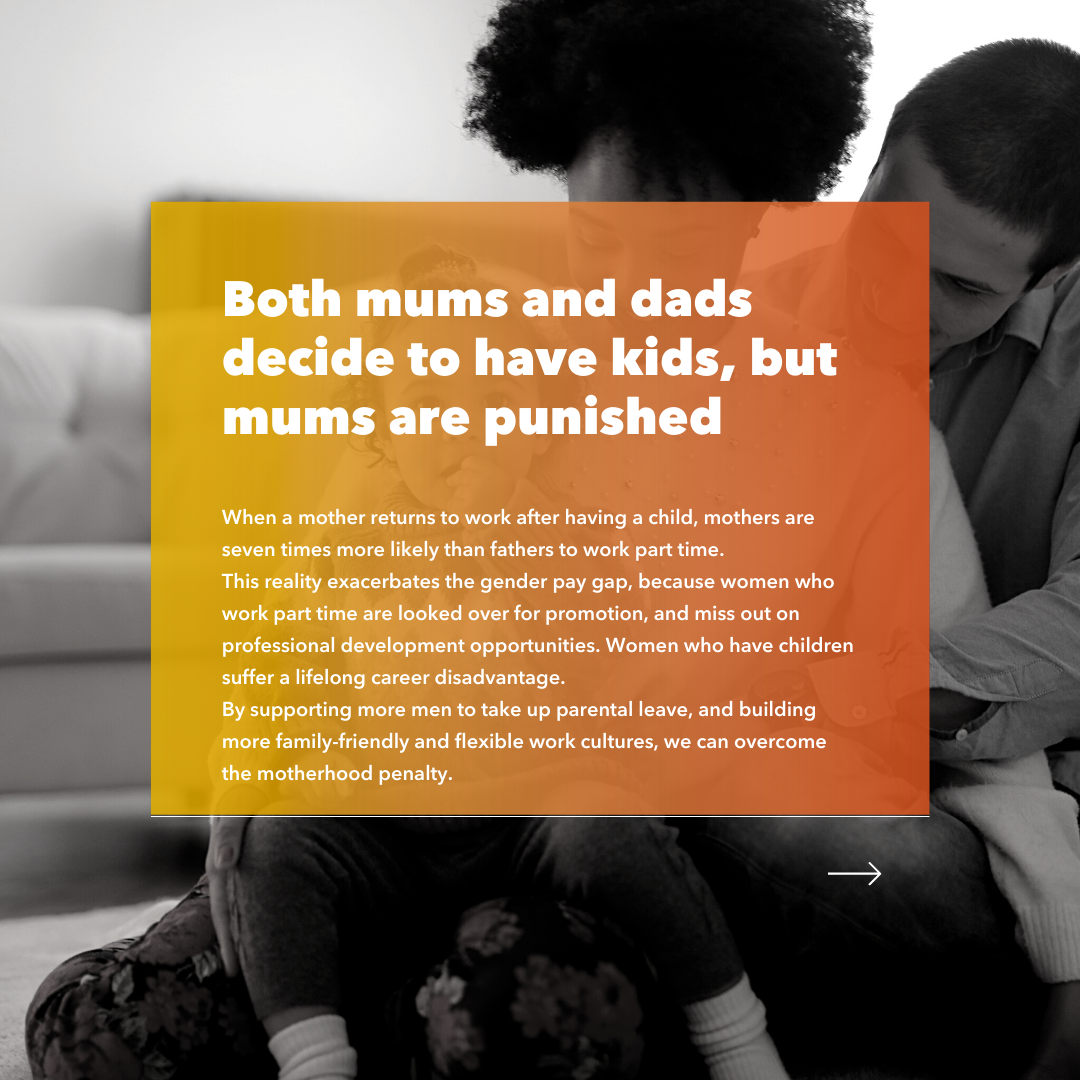 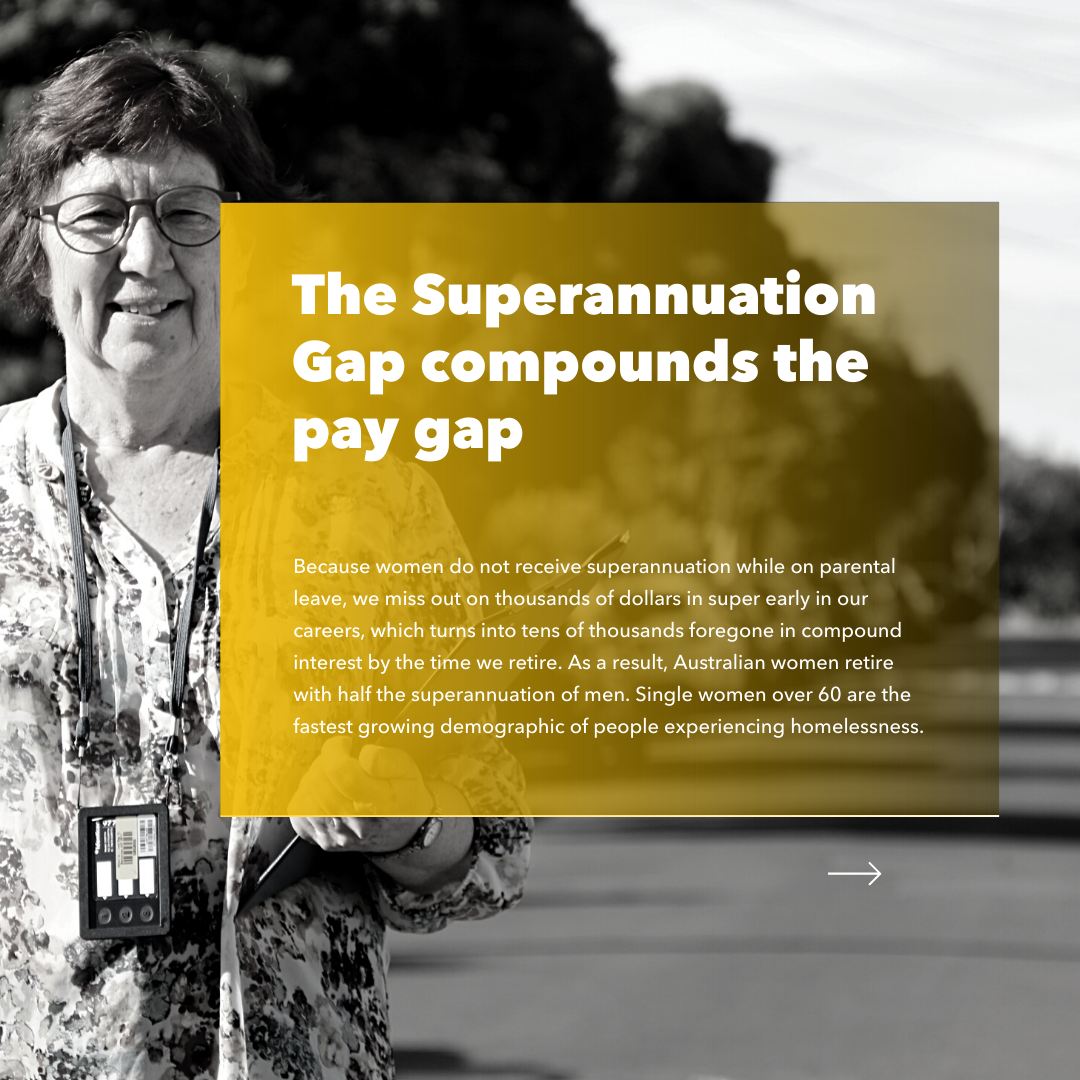 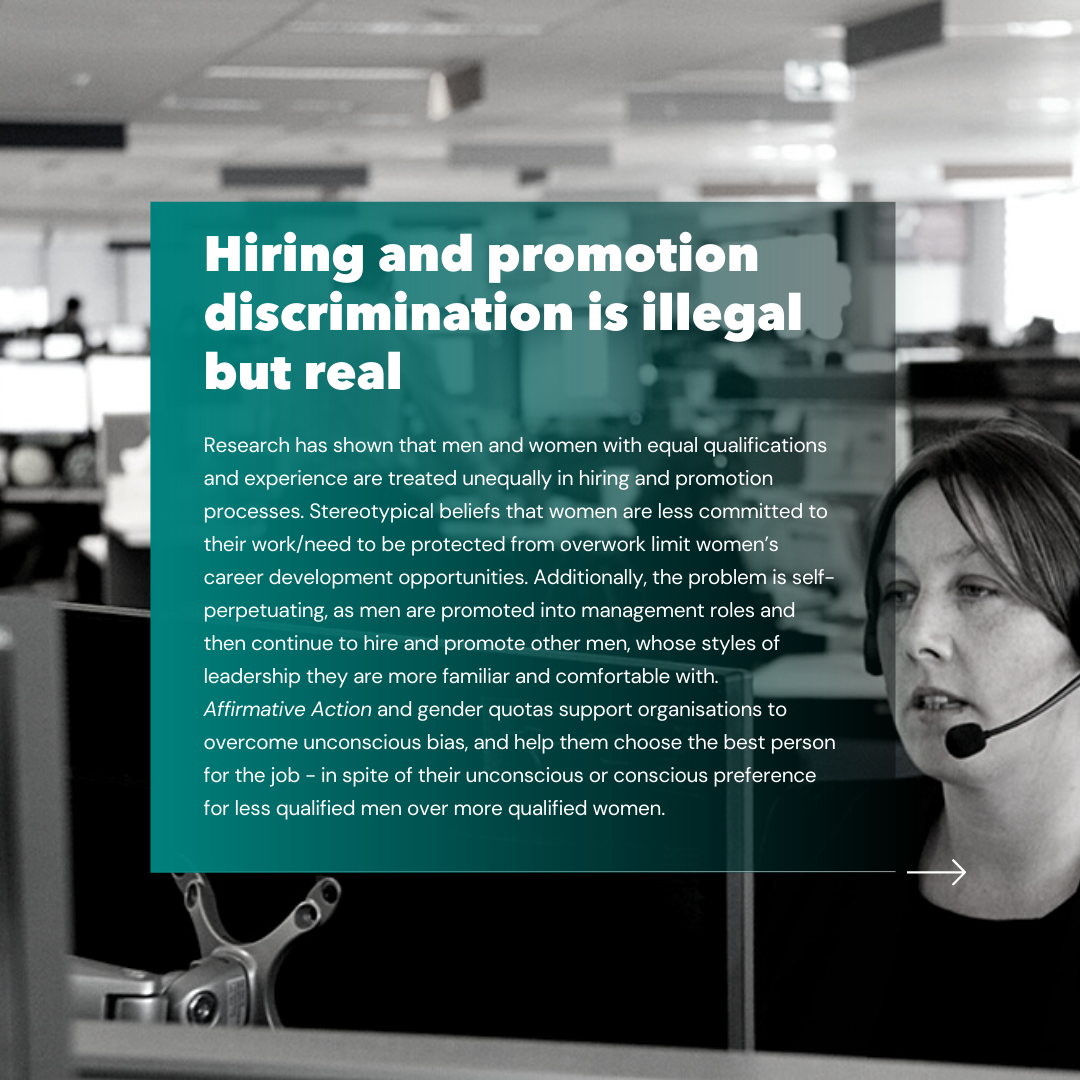 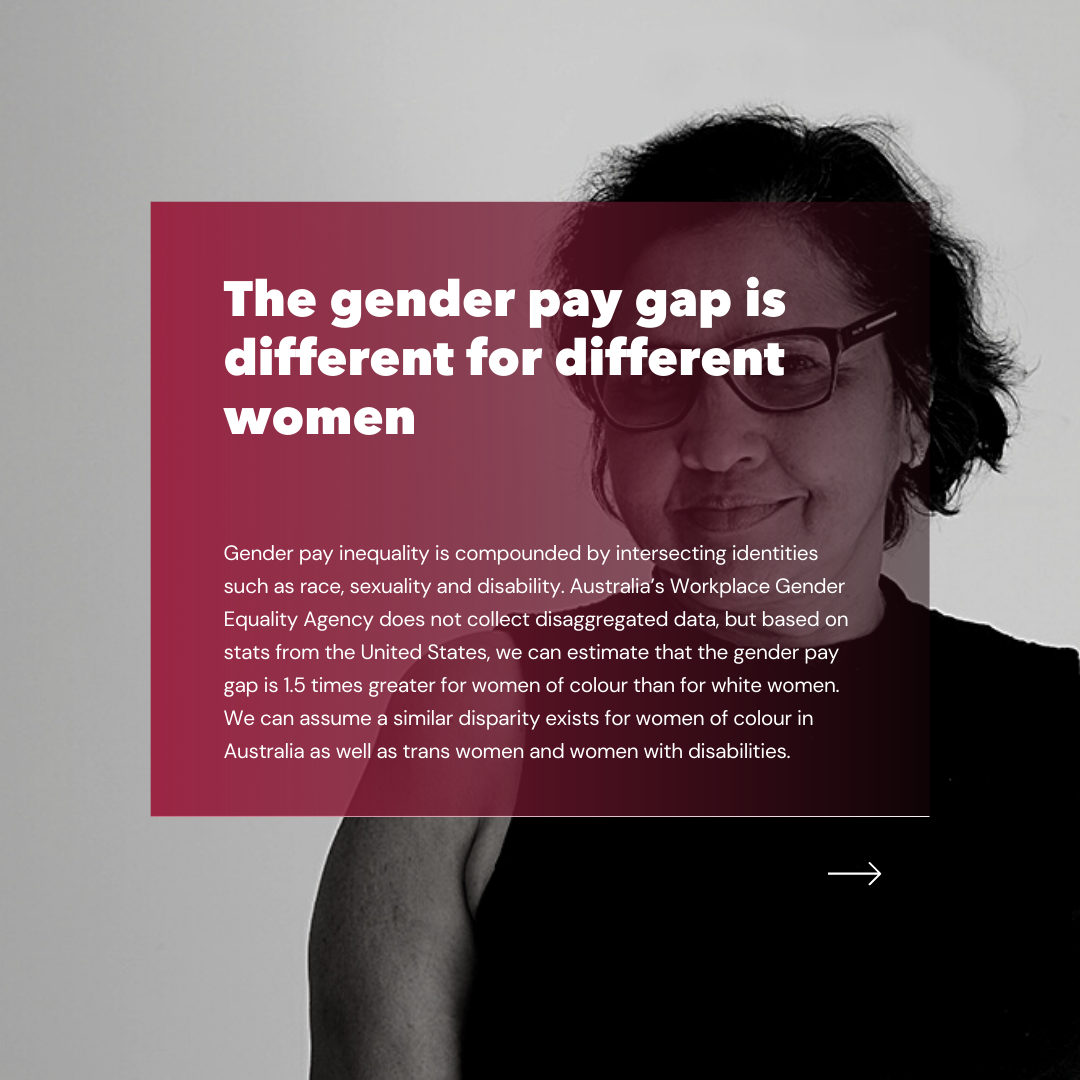 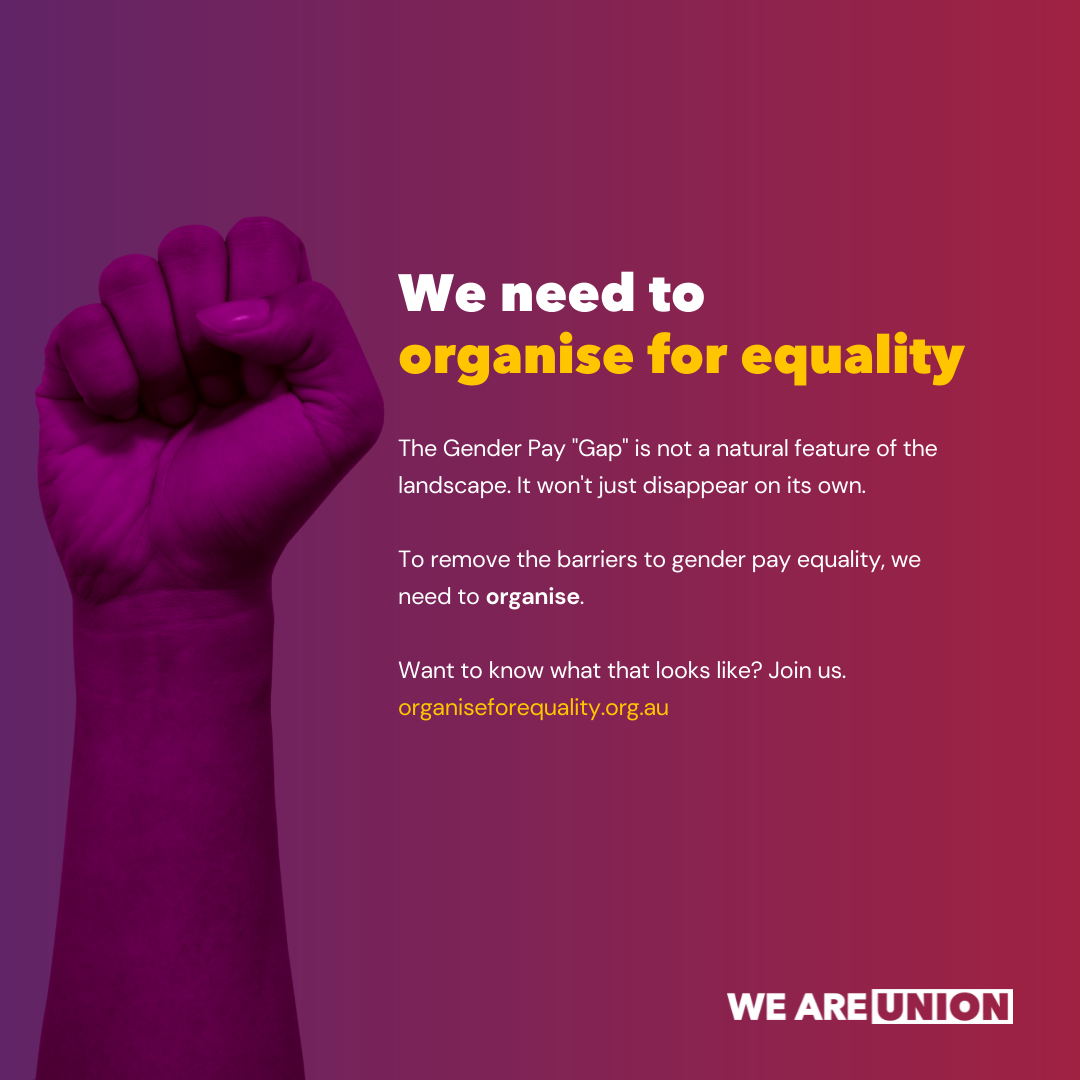