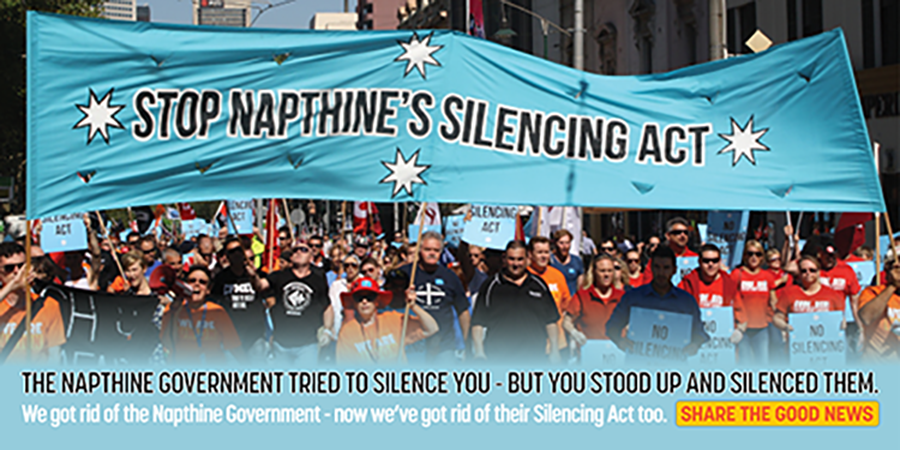 In 2014, then Premier Dennis Napthine introduced amendments to the Summary Offences Act to crack down on protests and remove the protection for Victorians' right to peaceful assembly.

The legislation was clearly aimed at stopping ordinary Victorian workers from exercising political and industrial power.

The Act would have:

Workers in union and civil society groups rose up in protest at the anti-protest laws. And in 2015, the new State Labor Government turfed Napthine's changes.