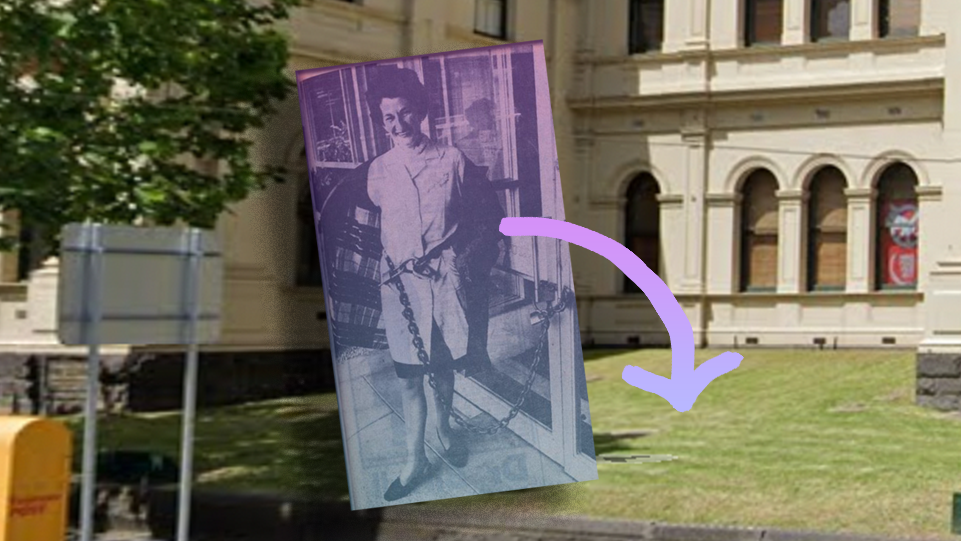 “Chain Reaction”, a figurative sculpture proposal by artist Jennifer Mann, has been selected as the preferred design for a statue honouring Zelda D’Aprano, to be located at Victorian Trades Hall Council.

The sculpture in bronze will represent Zelda’s iconic protest against gender pay inequality, in which she chained herself to the door of the Commonwealth Arbitration Commission.

The sculpture has been commissioned by Victorian Trades Hall Council and A Monument of One’s Own with support from the Victorian Government through the Women's Public Art Program. It will be situated on the South West lawn at Trades Hall, facing onto Lygon Street.

Professor Clare Wright is a historian and the Co-convener of A Monument of One’s Own - an advocacy group dedicated to smashing the "bronze ceiling". Professor Wright has been working with a team at Trades Hall to progress the statue project, describing the announcement of the artist selection as "an exciting milestone in our campaign for commemorative justice in Australia”

“We are proud to be leading the charge for the equal memorialisation of women in public art, and to be engaging with Victorian women artists in the interpretation of women’s history, a history of achievement that has benefitted us all.”

Acting Secretary of Trades Hall, Wil Stracke, said “Victorian Trades Hall Council has a heritage of showcasing the best of Victorian artistry and trade skill, and we know Jennifer Mann can uphold that tradition.”

"Having previously commissioned Jennifer Mann to create the bronze relief of activist Helen Lothan Robertson, we are delighted to be working with her once again on a monument to another brilliant activist woman.”

Sculptor Jennifer Mann said she was "honoured" to be selected.

“My concept for “Chain Reaction” is to honour Zelda within the context of womens activist history more broadly. The work will be situated to allow for visitors to view the work up close and literally stand “with” Zelda in the struggle for womens equality”.

"By memorialising Zelda D’Aprano, and other incredible Victorian women, we ensure the remarkable achievements of Victorian women in our public spaces are celebrated for decades to come.”

"You can't be what you can't see -- the Victorian Women's Public Art Program is ensuring that our public spaces reflect the diversity of our communities, creating lasting monuments to inspire younger generations"

“The creation of “Chain Reaction” will be a lasting monument to Zelda D’Aprano and the advocacy of women who championed equal pay across Victoria”.