Wage theft is (finally) a crime

Until now, an employee stealing $100 from the till was a criminal matter, but an employer stealing thousands from their employees was merely an administrative problem. The worker could be charged by police for theft, receive a criminal record and face court, but the boss would simply be asked to repay what they stole.

As of 1 July 2021, employers who are shown to have deliberately withheld wages or other entitlements like superannuation could be prosecuted and fined up to $991,320 for companies or $198,264 for individuals. They could also be sentenced to up to 10 years jail. If you're an employer and you’re worried about that, good.

The objective of this legislation is to act as a real deterrent to wage theft. For years, unions have taken on case after case of blatant and systematic wage theft from employers who judge that stealing from their workers is an acceptable business model. But it’s like a game of whack-a-mole. Bop one wage thief, another springs up. In industries such as hospitality wage theft has become endemic; the practice is so commonplace that honest employers are at a genuine competitive disadvantage. 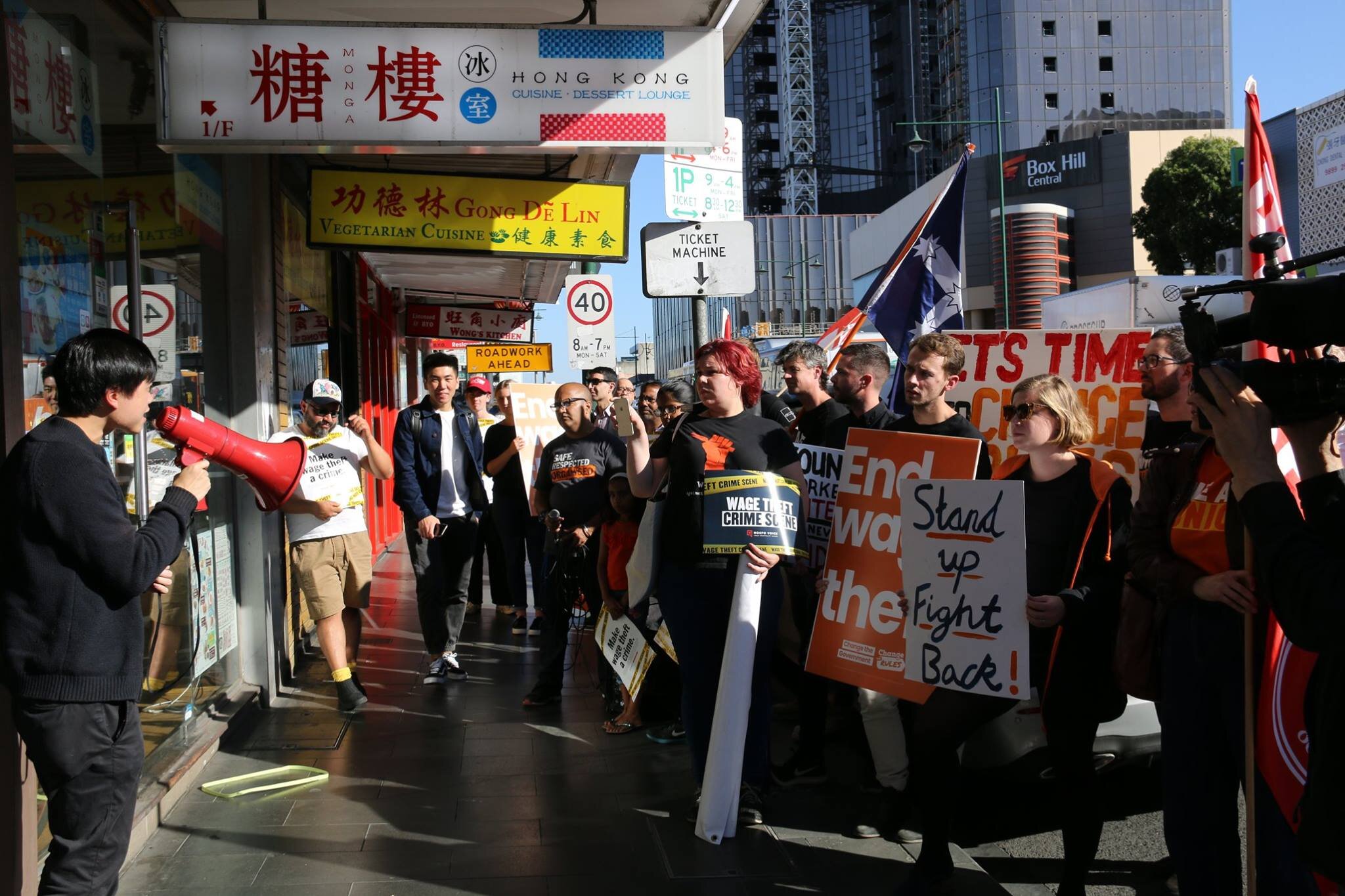 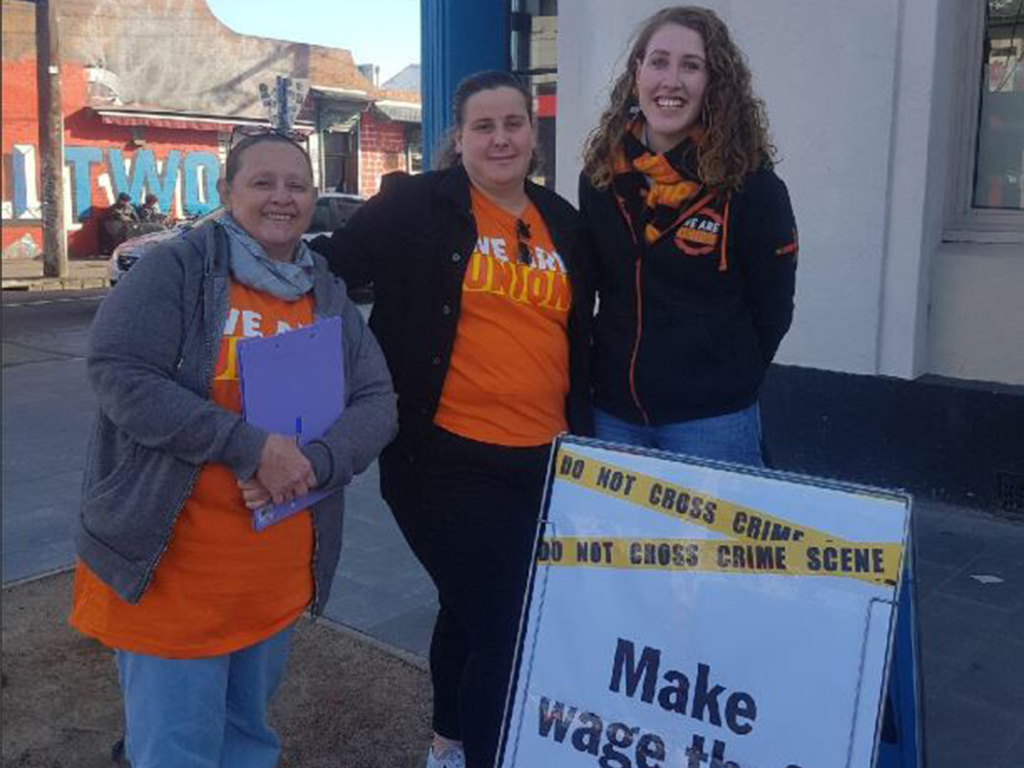 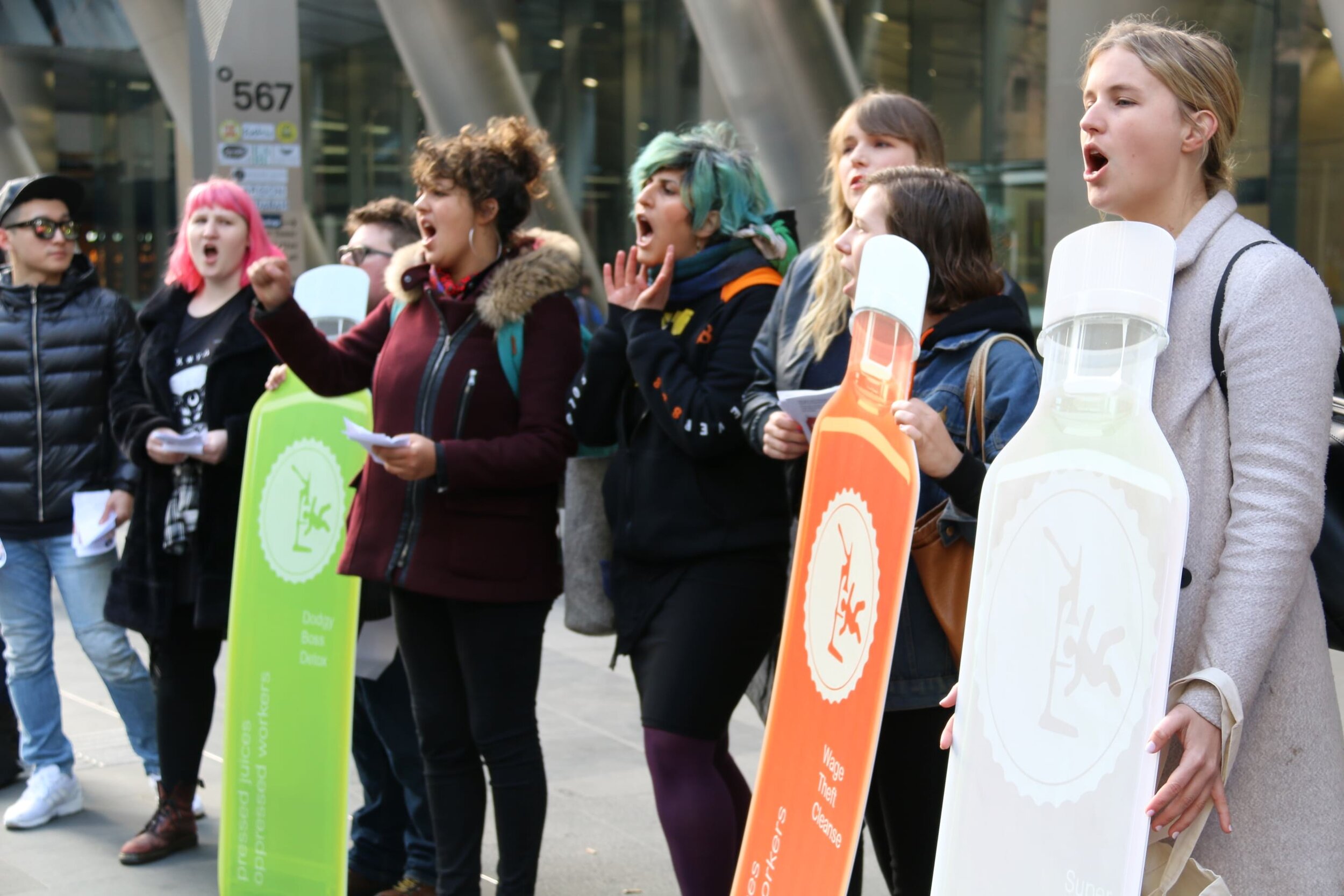 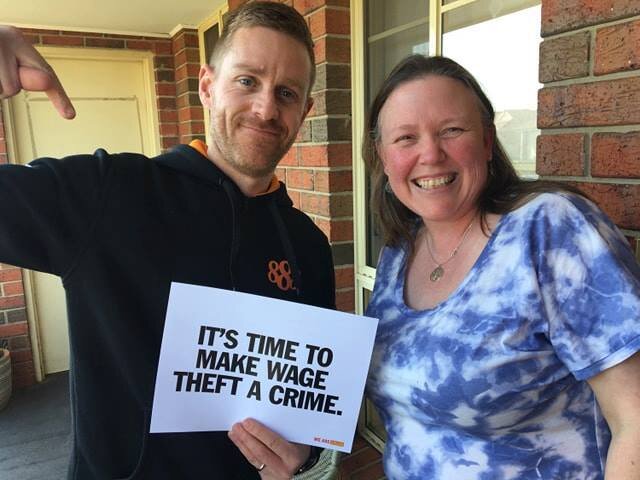 The newly created Wage Inspectorate Victoria will have the power to investigate and prosecute cases of wage theft. Inspectors will be able to enter workplaces with or without the consent of the business owner to inspect and seize documents. Unions will also be bringing cases of theft before the inspectorate and we’ll be pushing hard for prosecutions. Other statutory workplace authorities have frequently been a little gun-shy about actually using their powers, preferring to issue warnings and small penalties. The result is the what we have today; cases of wage theft in every shopping strip.

Workers are deprived of wages they have fairly earned. On an individual level this means it is that much harder to pay the rent or mortgage. People are making choices about living without heating and cooling, or having to work a second job. On a social level, the ripple effect of endemic wage theft in some industries is downwards pressure on the wages on everybody working in Australia. Australian workers’ share in our national wealth has been steadily decreasing for decades, increasing social and economic inequality and fostering disillusionment.

Frequently, we see young workers’ superannuation stolen by their bosses – a few hundred dollars pilfered now, depriving the worker of thousands in retirement. The workers themselves may know this is happening but – particularly if they are precariously employed - feel powerless to speak out. How often are workers told that they should feel lucky to have a job at all? As if the privilege of making your coffee, cleaning your office or taking your phone call should be its own reward.

The State Government is to be congratulated on delivering wage theft laws in the face of negativity from the opposition. There is more to do. The Andrews Government has committed to a fast-track process for recovery of stolen wages up to $50,000 through the magistrate’s court. This vital reform will enable workers to reclaim monies owed to them in a quick and cheap fashion. Currently, workers must wait years to be repaid small sums, and many workers conclude that seeking justice is too complex, time consuming or expensive.

Our society cannot continue to give tacit approval to employers who exploit their power over employees in this manner. If your business "can’t afford” to pay workers what they are owed, then you cannot afford to be in business. If you are found to have knowingly taken money from the pockets of your employees to line your own wallet, you are a thief.

In future years we will look upon the achievement of Australia’s first wage theft laws as a milestone achievement in workers’ campaigns for wage justice. We will continue to campaign for equivalent laws at the national level – and strenuously defend Victorian laws from trojan horse attacks like the watery legislation floated earlier this year by the Morrison Government.