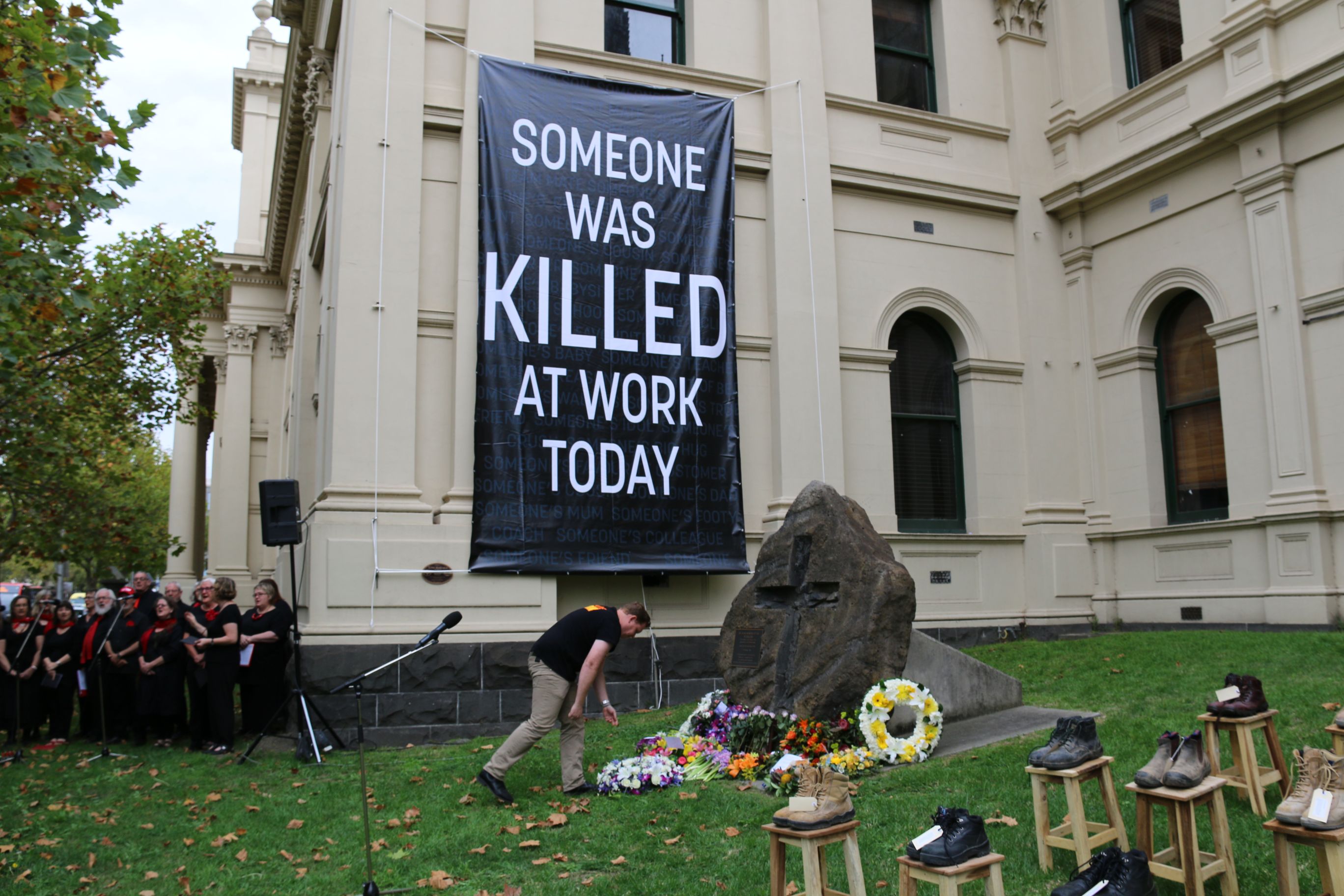 Before Charlie died I just lived in a state of blissful ignorance that things were okay in the world, that when these tragic things happened in the workplace, the systems worked and people were supported. I found out first-hand that that wasn’t the case and tragically still isn’t the case.

Lana Cormie wanted to make sure other families didn’t suffer like hers.

“It felt like a duty. Coming home from work is a human right and that wasn’t being afforded to so many workers and it wasn’t being supported by the legislation. We had an opportunity to do something and we took that opportunity."

The Industrial Manslaughter campaign saw union and OHS activists by the hundreds and thousands take action in their communities and electorates. Doors were knocked, phones were dialled, street stalls were set up at train stations and shopping centres all across the state.

In 2019, activists kept up the pressure to make sure Workplace Manslaughter was finally legislated.

Dominic Melling is the lead of the OHS campaign team at Trades Hall. "Getting Workplace Manslaughter legislated was a huge win, and for a lot of union activists, it was unfinished business" he says.

"But the work continues. We know the WorkCover system is incredibly traumatic for injured workers, and we want changes to address that. We want better protection for psychological health and safety at work. COVID safety is going to continue to be a big priority for the foreseeable future.

“And of course, we have to make sure the laws get used. No company or individual has yet been charged with Workplace Manslaughter, but it is our duty to make sure that if a preventable tragedy occurs, justice is served.

"We remember the dead, and fight like hell for the living. That's not just a line. It means we keep fighting, until everyone is safe at work."

This summary is an excerpt from this article about the history of the Industrial Manslaughter campaign.