Union Summer and Union Winter are paid internships run by Victorian Trades Hall Council. The internships are designed specifically to introduce young people to unionism and give them first-hand experience of what unions do.

WHAT HAPPENS IN A PLACEMENT?

Participants also spend several days with the rest of their Union Summer cohort and the Young Workers team at Trades Hall hearing from guest speakers of the union movement and creating a campaign action.

WHO SHOULD APPLY?
The program is aimed at young workers aged 30 and under. There are no other specific pre-requisites, however an interest in social justice and workplace issues is highly regarded. If you are a union member we strongly recommend you mention this in your application.

WHEN WILL APPLICATIONS OPEN?

Applications for Union Summer 2022 are currently closed. We highly encourage you to submit an expression of interest to be kept updated when future intakes open.

WHAT DO INTERNS SAY ABOUT UNION SUMMER?

"This program has made me feel much more empowered to try to tackle disenfranchisement in my workplaces. I feel a lot more optimistic about organising in the workplace now that I have seen how effective that it can be."

"Never stop organising! This program has reignited my fire to build a union workplace wherever I work."

"I learnt so much around occupation health and safety, gendered violence and Industrial Relations frameworks that I had no idea about!"

" I've learnt a lot about EBAs, the Fair Work Act and various union-related knowledge that I had zero clue prior to this. The skills around organising conversations and campaign strategy will be useful in my volunteer position with effective altruism groups."

WHAT HAVE INTERNS GONE ON TO DO SINCE THE PROGRAM? 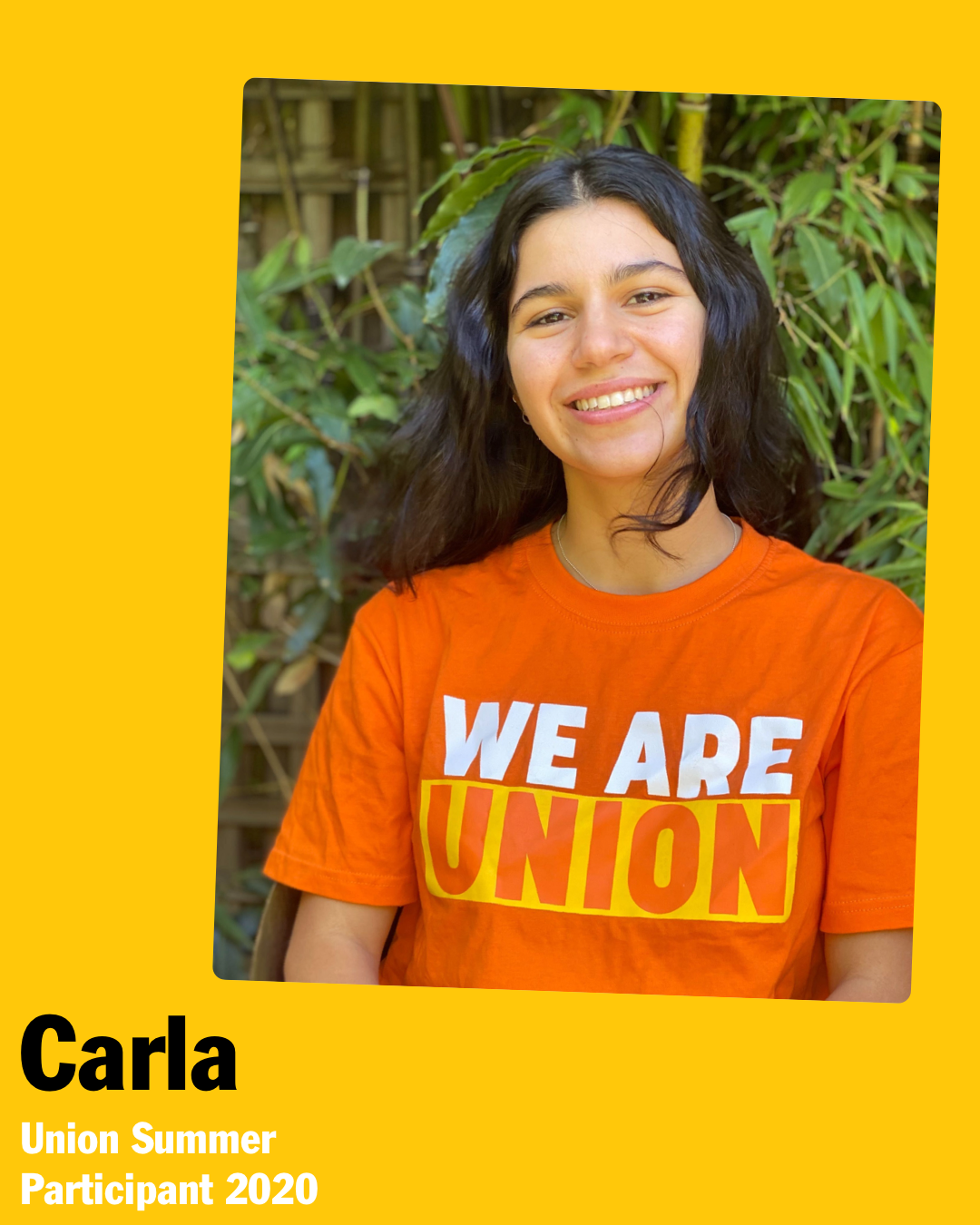 Carla: “Union Summer serves as the perfect entry point for any young activists, who like me, wanted to locate themselves in the movement but didn’t know how! As a budding unionist, Union Summer gave me a backstage pass to worksite visits, delegate meetings, Enterprise Bargaining Agreement negotiations and Fair Work Commission hearings. Despite this, the highlight of the program was impromptu political car conversations I had with Organisers from my host union whilst on the road to worksites.

A month later, I applied for a role with the Campaigns Team at Trades Hall as an Organiser myself. Since then I have had the opportunity to work on countless of meaningful campaigns from local council elections to a wage subsidy for migrant workers to now fighting this dangerous Omnibus Bill.” 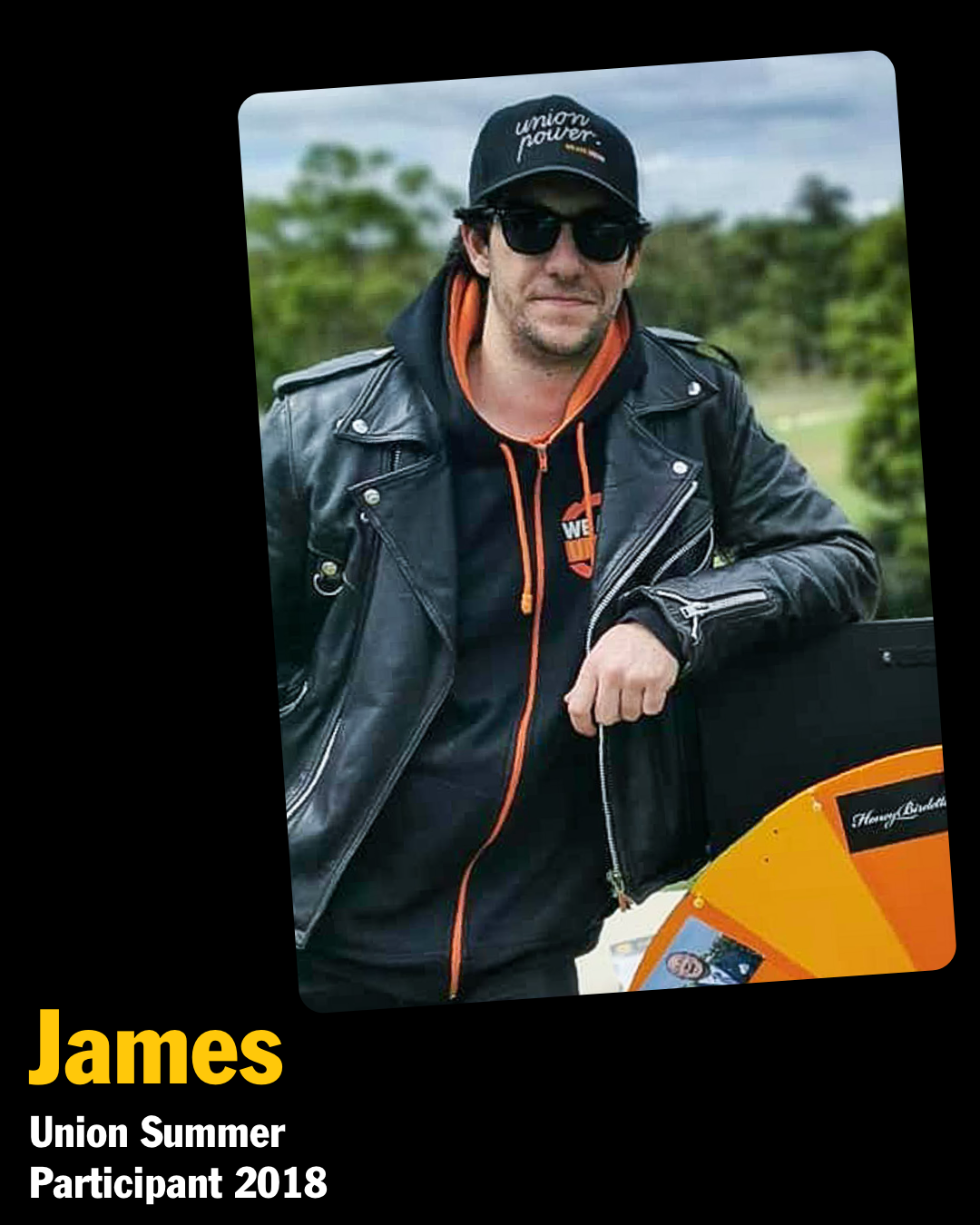 James: “As someone who knew almost nothing about unions I loved hearing about the history and the incredible things unions fight for everyday. But my favourite part was the definitely the last day when we hit the street and talked to hospo workers about wage theft. Speaking to workers directly was empowering and humbling, at the time we we're fighting to make wage theft a crime and now it is (on July 1st)!

I'm incredibly lucky to now work for the Young Workers Centre! After Union Summer I applied for a position as an organiser with VTHC on the state election, then the Federal Election. When I finished that role I moved into the YWC, now I get to talk to young workers everyday and I'm even part of the team that runs Union Summer!” 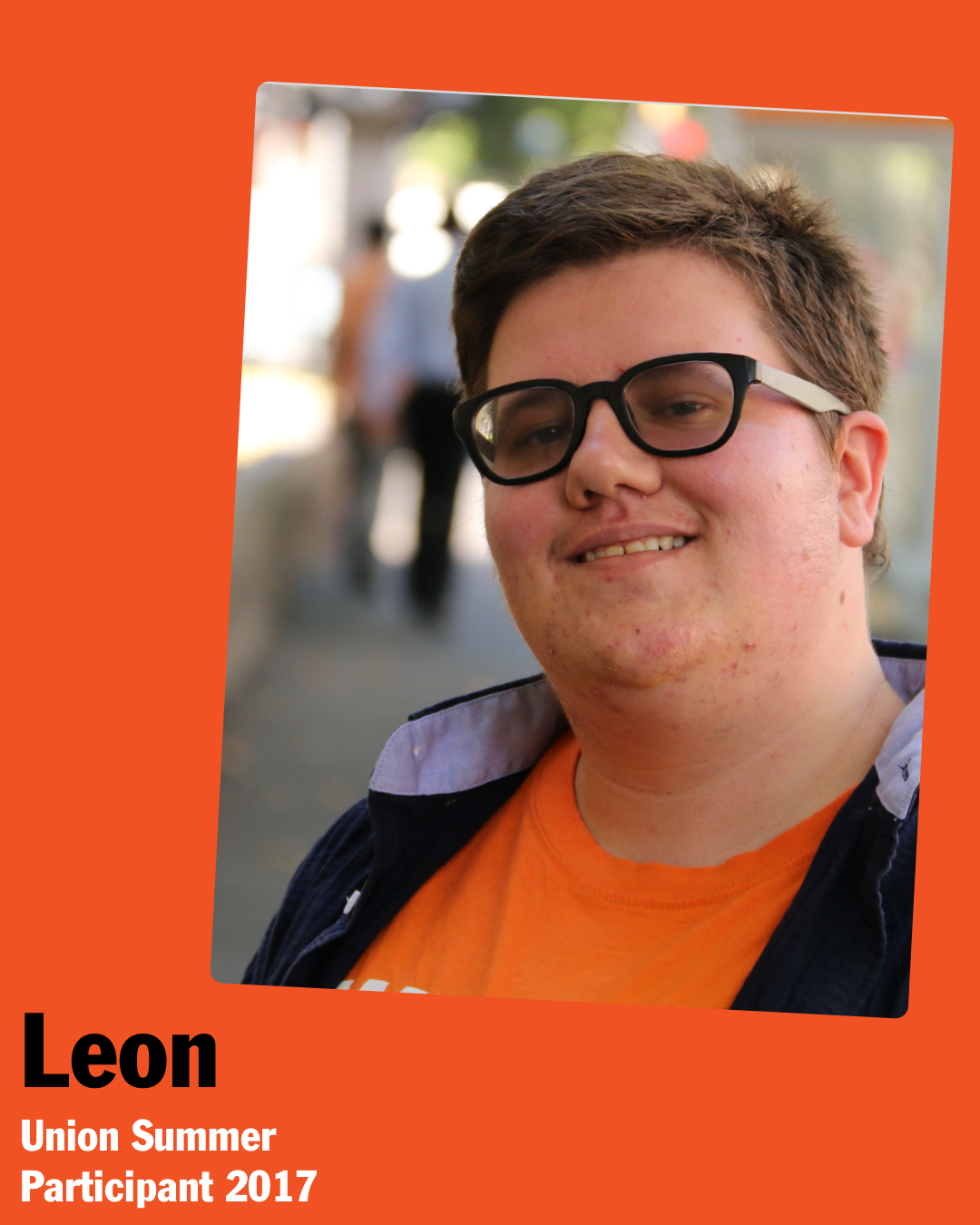 Leon: Leon completed Union Summer in 2017 and now works at the Young Workers Centre as a solicitor. This is what he shared with us about Union Summer:

“My first introduction to the union movement was being an advocate at Young Workers Centre during my law degree. I loved the culture and the work so much that I wanted to stay involved!

Sitting in on EBA negotiations was great, but my favourite part was going on site visits with organisers. Before Union Summer I had no understanding of what organisers did on a day-to-day basis. It was really enlightening and inspiring.

I stayed involved with the Young Workers Centre as an activist after Union Summer, and in April 2018 I successfully applied for a position as Legal Placement Coordinator recruiting our volunteer advocates. I got my legal practicing certificate in September 2019 and became a Solicitor with the Centre shortly after.”