The people's flag is deepest red.

The Red Flag has flown over Trades Hall since 1918 as a symbol of solidarity with the International Labour Movement. 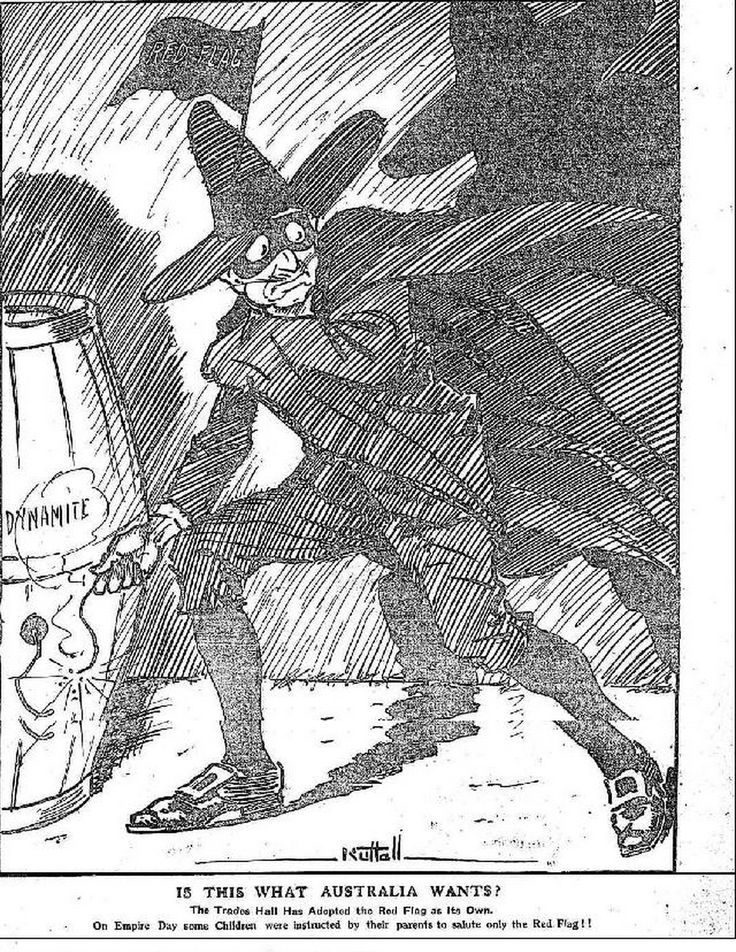 It's first appearance, at a Trades Hall Council meeting in 1918, was "greeted with hearty acclamation". Almost immediately, however, the Federal Government issued a prohibition against flying the flag; the Acting Prime Minister Mr Watt wrote to the council

"To my mind that decision at this crucial war period is a direct challenge to the patriotic sentiments of a large majority of Australian citizens. I am not prejudicing the intention of your members, but the implication of equality between the national flag and the other emblem [the Red Flag] certainly produces that unfavourable effect"1

"I do not consider the red flag to be a menace to anyone but tyrants who are fattening and battening on the workers of every country - profiteers. To us... it expresses the hope that the workers of the world one day will be united to prevent all wars and bring universal peace and brotherhood to all mankind."

The decision to fly the flag in direct defiance of the Federal Government was not taken lightly, and indeed the Lift Attendants Union left the Hall in protest over the controversy.

Despite decades of controversy, the Red Flag still flies over Trades Hall alongside the Eureka flag, the Aboriginal flag, and a variety of other flags raised periodically to commemorate local and international affairs. As Billy Bragg sang, at the Trades Hall in 2014,

See more articles about the Red Flag on Pinterest