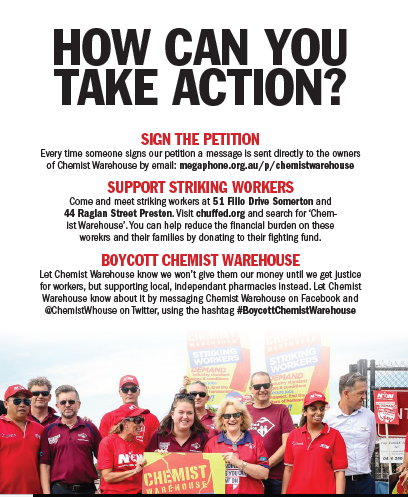 Chemist Warehouse are relying on broken rules to keep their workers in insecure work with low pay.

The Federal Liberal Government is backing up their big business mates, like Chemist Warehouse, every single time.

We need to change the rules to tip the balance back in favour of working people. We do this by kicking out the Morrison Liberal Government.

Can you join us to: