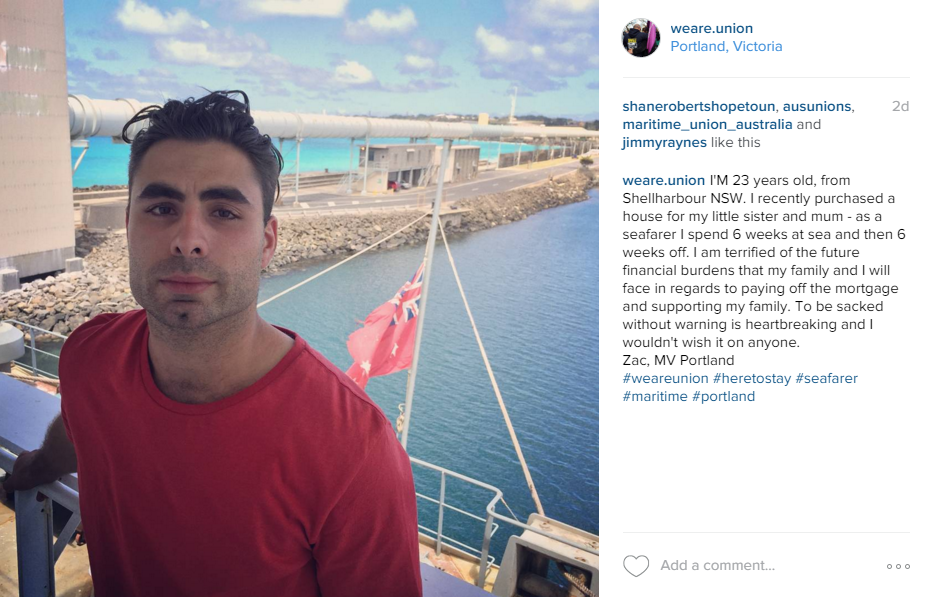 This petition has already attracted over 10,000 signatures and it’s easy to see why.

Picture this. A company digs up resources from Australia's soil, processes those resources in Australia, then puts them on a vessel and moves them from one Australian port to another Australian port... using foreign workers paid as little as $2 an hour.

That's exactly what Alcoa has planned at the moment, and the Liberal Government is more than happy to let them get away with it. Mining giant Alcoa is digging up Australia's mineral wealth in Western Australia, and the crew of the MV Portland ships it down to Victoria. Now they want to dump these local workers and replace them with a foreign ship using cheap foreign labour.

The worst thing? Thanks to Malcolm Turnbull and the Liberals, there's absolutely nothing to stop them getting away with it.

Our petition has already attracted over 10,000 signatures, because we know that if the Liberals can team up with large multinationals to get away with this in the shipping industry, other industries will come next and no Australian job is safe.

Want to help us protect Australian jobs and hold the Turnbull Government to account? Share the petition and watch this space in the coming days. Now more than ever, unionists to stand side by side and stop this unfair attack on Aussie jobs.