In the dead of night, at 1am on Wednesday, private security boarded the MV Portland, took the crew from their beds and forcibly removed Alcoa’s Australian crew.

A crew of foreign workers then boarded the ship to sail the MV Portland to Singapore.

Secretary of Victorian Trades Hall Council, Luke Hilakari, said that the raid was an example of Alcoa’s ruthless disregard towards the Australians who work for them.

“With one hand, Alcoa is profiting off Australian minerals and accepting millions of dollars in Victorians’ taxes, while with the other hand they are literally marching Victorian workers off their jobs” said Mr Hilakari.

“These seafarers were in their rightful place of work, merely standing up for their right to work in their own country. And Alcoa sends in private security in the dead of night to rip them from their bunks and throw them out.”

Alcoa had sacked its Australian crew in November, planning to replace them with a foreign crew on as little as $2 an hour for all future domestic shipping work in Australia.

Mr Hilakari pointed out that the company’s cost-saving justifications for the sackings were disingenuous in light of State Government offers to support local employment.

“The really disgusting thing for these seafarers is, they know their livelihoods are being destroyed for the sake of ideology. The State Government made an offer to make it cost neutral for Alcoa to employ local workers, and Alcoa refused. Alcoa just doesn’t care what happens to our community.” Said Mr Hilakari.

“I think the hearts of all Victorian workers are with Portland today. If Alcoa can get away with it here, there is actually no reason to think that this can’t happen in any other Victorian workplace. 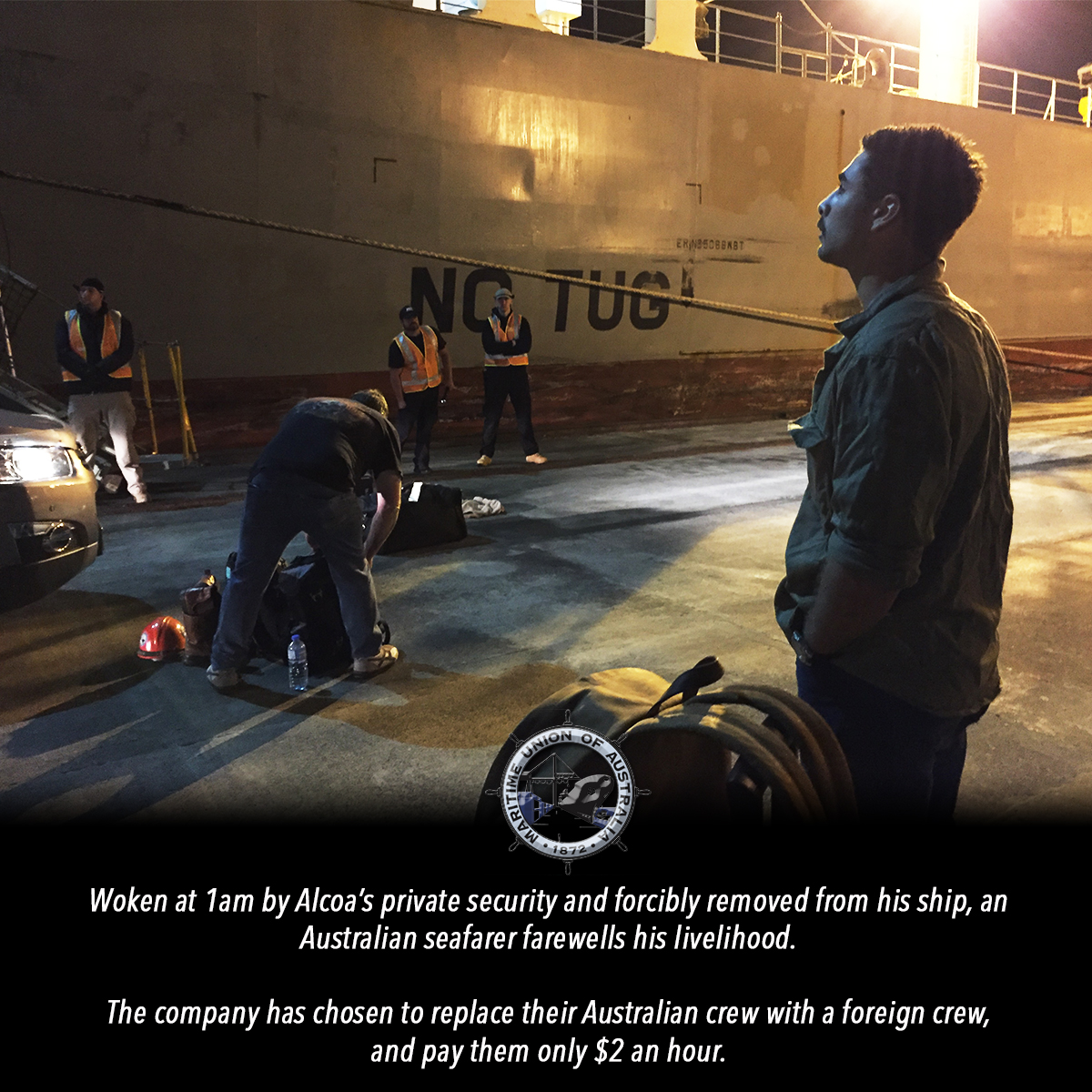