The Sparky behind ‘Wear Your Change the Rules T-Shirt Day’

My name’s John, I’m an electrician from Ringwood. The idea for National Change the Rules T-Shirt Day came from hearing somebody mention that whenever she wore her ‘Change the Rules’ t-shirt, she’d end up having conversations about the campaign with random people in public. I’d found the same thing. Whenever I’d wear my t-shirt, people would give me a thumbs up or come and have a chat. It gave me the idea: if we all wore our Change the Rules t-shirts on the one day, imagine the kinds of conversations we could ignite.

This coming Saturday, Feb 2, we'll be mini billboards for this campaign, a swarm of ants covering the community... 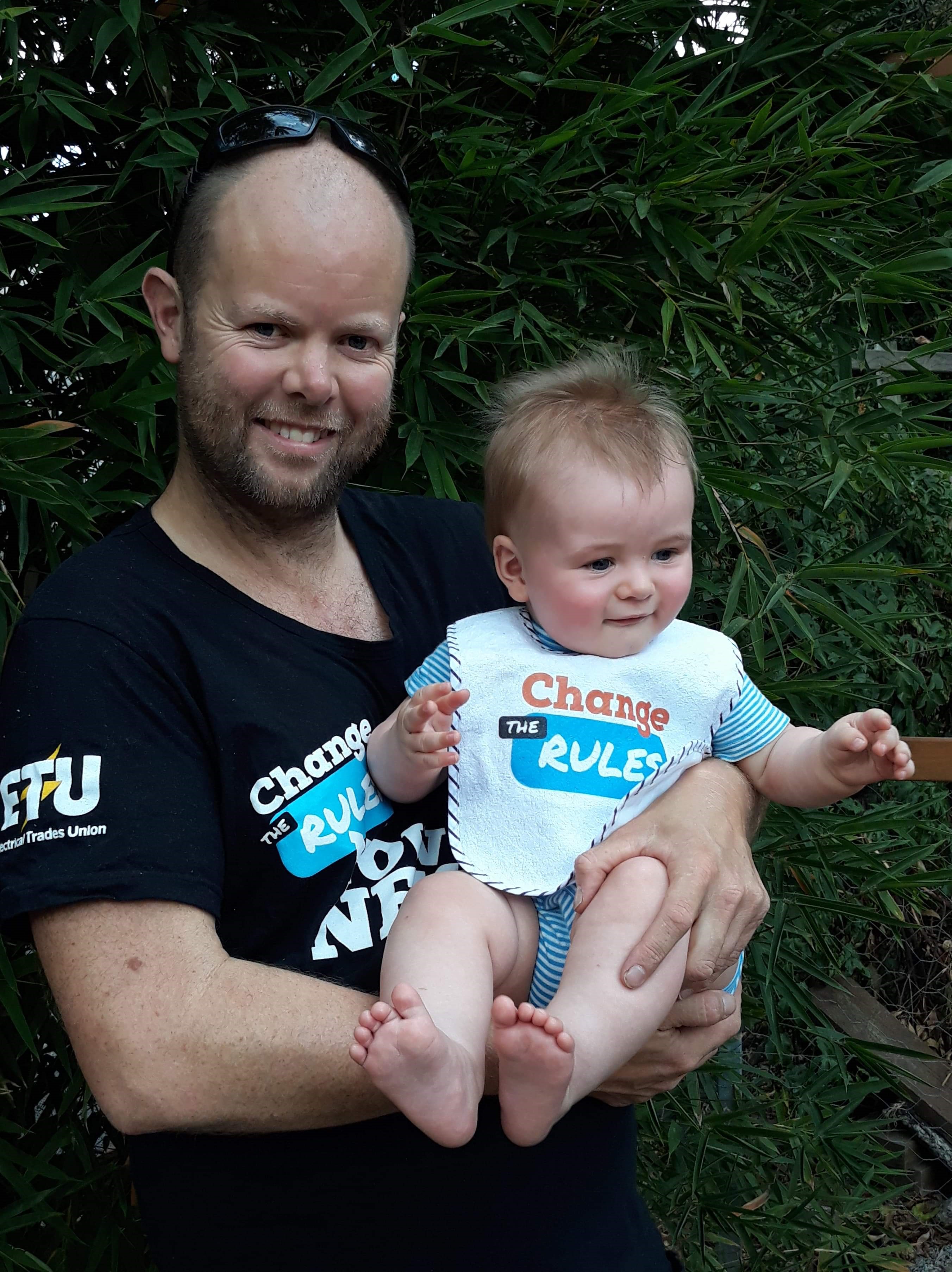 My tips for talking Change the Rules

It helps if you talk about your own experiences. Most people relate to the rising costs of living. Lots of people are battling to get by and buy a house. When I talk to people, I explain that these things have come about from bad laws. It’s unfair that wages haven’t gone up but house prices and other costs have gone up so much. All the rules are against us, we need a change so people can get a kick-start in life and have a job of dignity.

What sparked my activism

I’ve always had a bit of activism in me but I haven’t always known where to put it! About four years ago, the China Free Trade Agreement got me started with activism. My union, the ETU, was against it. The FTA allows for no labour means-testing and allows unlicensed electricians to be working in Australia. I thought - the unions and other groups are actually doing stuff about this so I might as well join them. There’s no point sitting back complaining when you’re not doing anything yourself. I’ve been an activist ever since! The local We Are Union group was the outlet I needed, and I’ve made a few friends, all local. It’s been great.

We’ve been out here for four years and we’ve kicked the Liberals out of their seats in Ringwood, Box Hill, Bayswater, seats we never thought we’d win. They are all the areas we hang around in and it paid off! The state election has really shown we’re a progressive state. Our group’s been going so strong and hard, we’re at train stations, shopping centres, campaigning on social issues that affect the community. Our tactics are working and the Libs know who we are, so we’re obviously doing a good job.

The Change The Rules T-Shirt Day is launching with a free brunch this Saturday, Feb 2, at Ringwood Park Lake - details here.

Nab yourself a Change the Rules t-shirt via our online store.