Help Us Kick-start Our Message 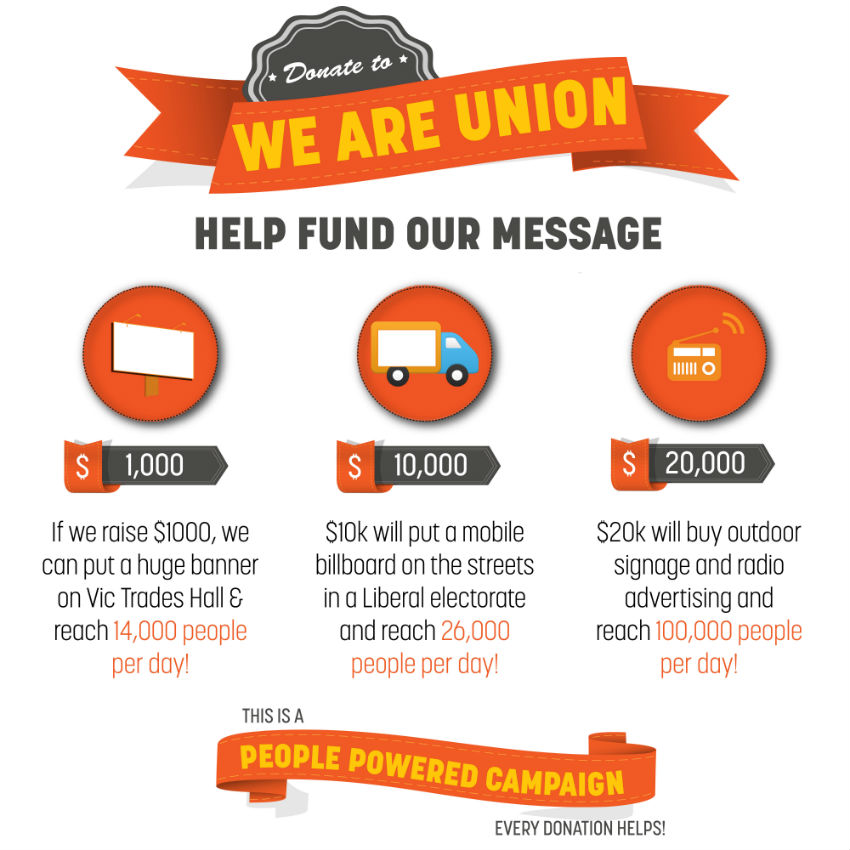 The We Are Union campaign is a grassroots campaign that is powered by union members, their families and neighbours.

As we head closer to the Election Day in November, we aim to crowdfund to 'kick-start' our message in crucial targeted electorates.

It's a critical time in the campaign to maintain our momentum, and to demonstrate that people-power has the strength and resources to beat the big-end-of-town who are backing Denis Napthine and the Liberal Party.

We smashed our first target, thanks to scores of generous donors!

Our next target is a whopping $10k, but we know that people-power can get us over the line!

Even a $5 donation will contribute - will you donate what you can today?

Will you donate what you can today?