We still don't know when the Federal Election will be called! But we do know that when the Liberals are in power, working people suffer. So we've got less than 8 weeks to fully mobilise our field campaign in Corangamite.

In the coming months we'll be talking to voters across the electorate - at street stalls, markets, train stations, in their workplaces, and front porches.

The conversations that we have - about the key issues that matter to the people of Corangamite - can change public opinion and importantly change votes!!

We'll be doing all that we can to put pressure on the local MP Sarah Henderson, and spread the message to CHANGE THE RULES!!

And we need you to be a part of that. Your voice and your ideas are important to this campaign.

If you want to see a Change of Rules and a Change of Federal Government come along to hear how we are going to make that happen.

We need to send a clear message to the PM Scott Morrison in Canberra, and local Corangamite MP Sarah Henderson - that we are fed up with the record levels of inequality, job insecurity & creeping casualisation.

We won't reward them in May for their decision to cut penalty rates & attempts to block the Banking Royal Commission, or protecting their own interests and their big business buddies with tax breaks and perks, when they are supposed to be looking after us, working people, pensioners, the unemployed and vulnerable people in our community.

In 8 or 9 weeks we’ll be celebrating - come along and help us kick out a rotten Federal Liberal Government! 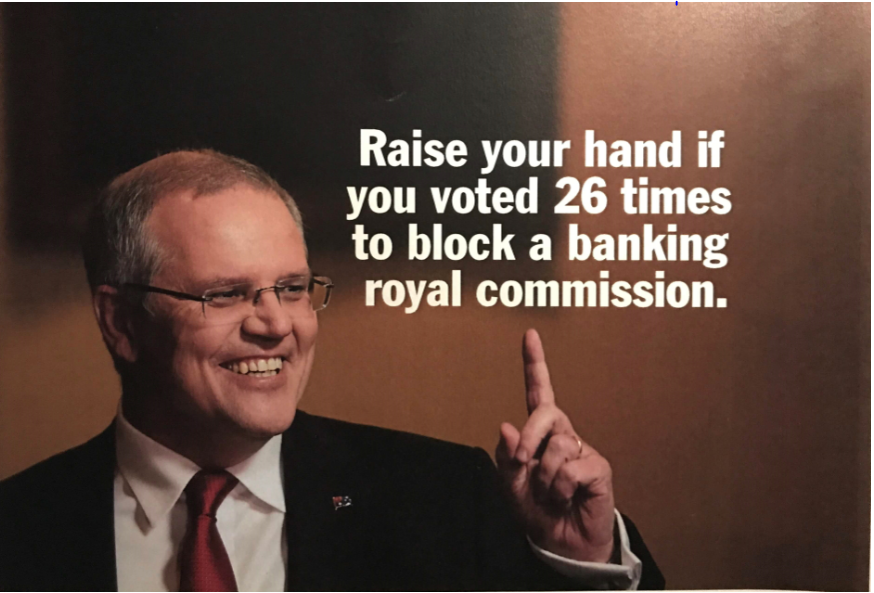