5 ways to build a better world this month

If you woke up this morning marvelling at how a billionaire hate-carrot got elected President of the USA yesterday, and despairing at what that means for working people, racial justice, and gender equality, despair no more!

The best cure for your sense of hopelessness is to take action with other awesome activists. And luckily, there are HEAPS of ways to do that in just the next few weeks. Here are a few! 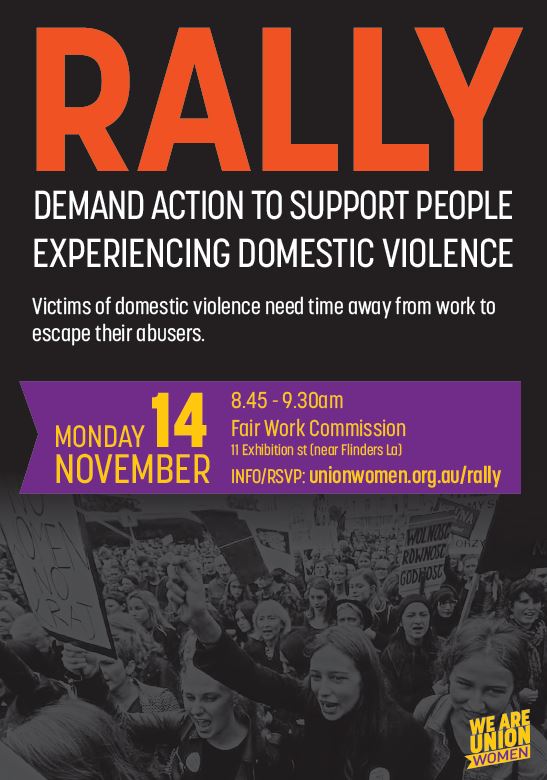 On Monday 14 November, we RALLY to demand businesses don't stand in the way of women escaping domestic violence!

Victims of domestic violence need time away from work to escape their abusers. But a handful of self-interested business groups will try to block the introduction of Domestic and Family Violence Leave.

Join hundreds of women at the opening of the Fair Work Commission hearing into Domestic and Family Violence Leave - and help ensure all Australian women are supported to escape violent relationships. More 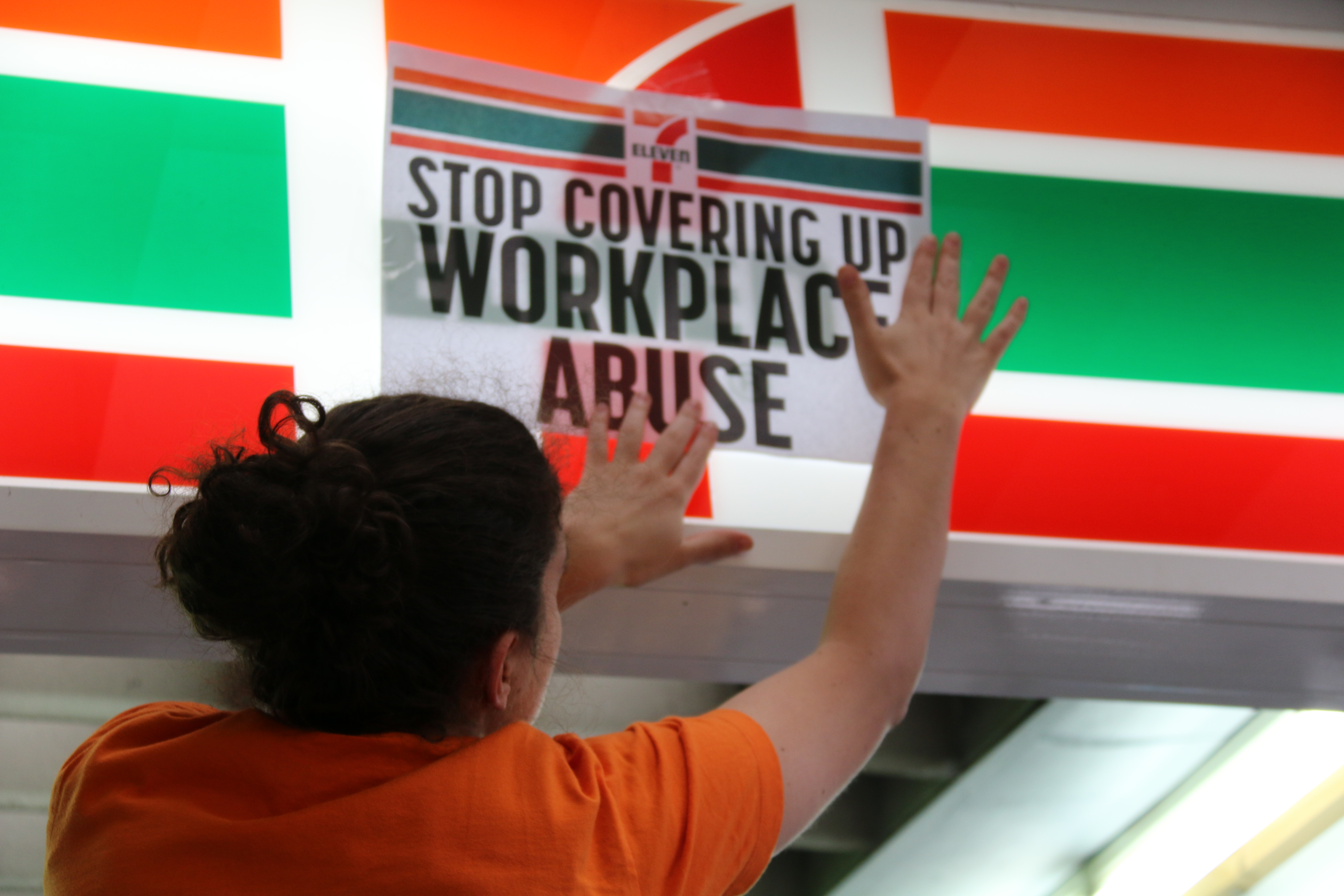 Learn how to fight back against franchise exploitation with the Young Workers Centre! Next Tuesday November 15, join Adele Ferguson, who blew the lid off 7-Eleven's massive exploitation of workers, and Jack Walker, a young worker who spoke up about issues at his Subway store and came out with the win. RSVP

On 10 December, join us at Trades Hall for a FREE, family friendly, street party celebrating the great cultural and ethnic diversity of Victoria. There will be music, food, cultural exhibitions and rides for the kids, plus racial justice forums for those who want to take action. RSVP

The CUB 55 are STILL fighting for the rights of Australian workers to secure jobs! None of us deserves to be sacked and then offered our same job back for less than half the pay - you can show multinational beer giant AB INBEV that you won't tolerate abuse of workers' rights by stepping out of your comfort zone and buying a new brand of beer!

Try one of these brews, 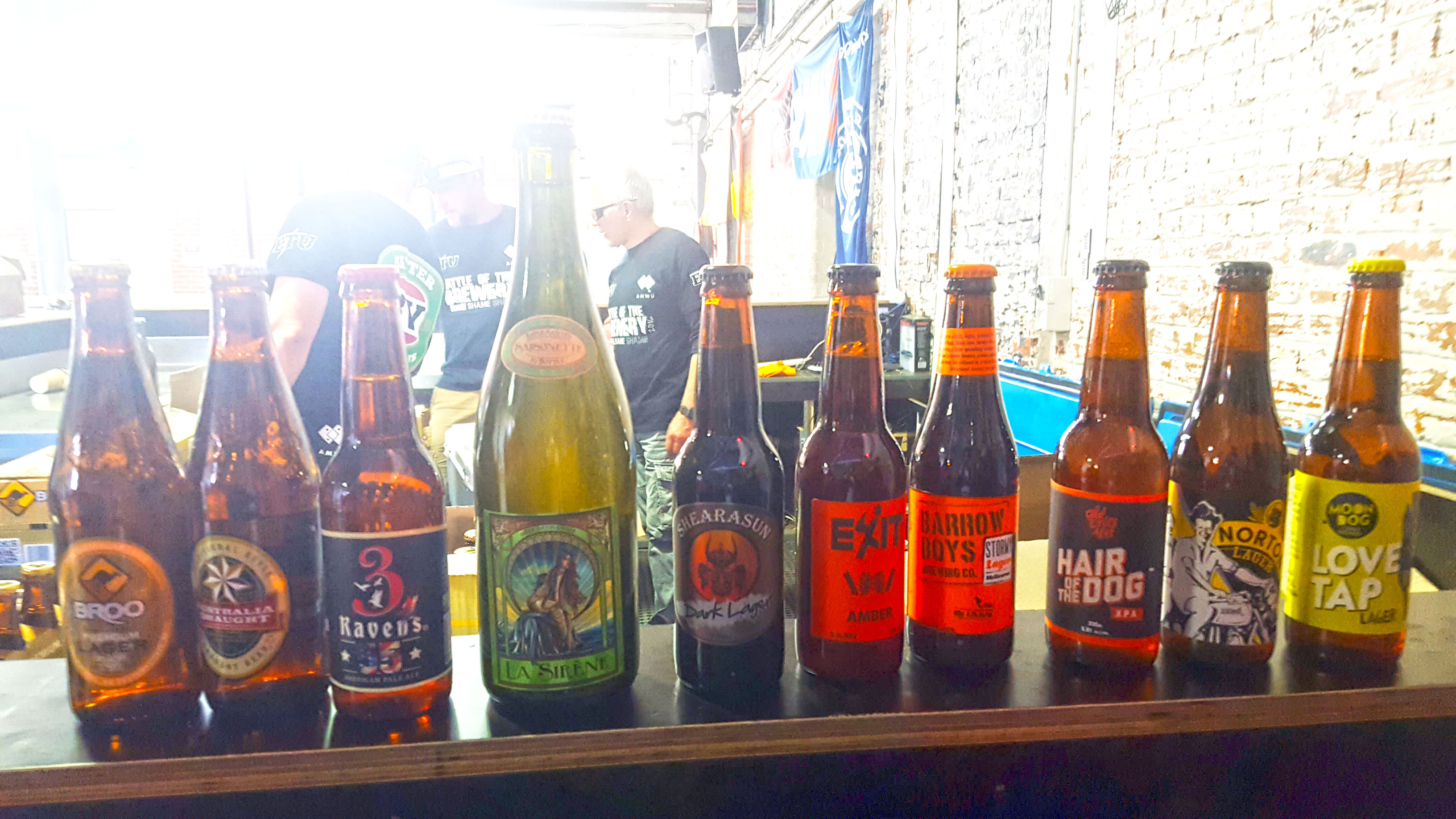 Not a drinker? You can still sign this petition 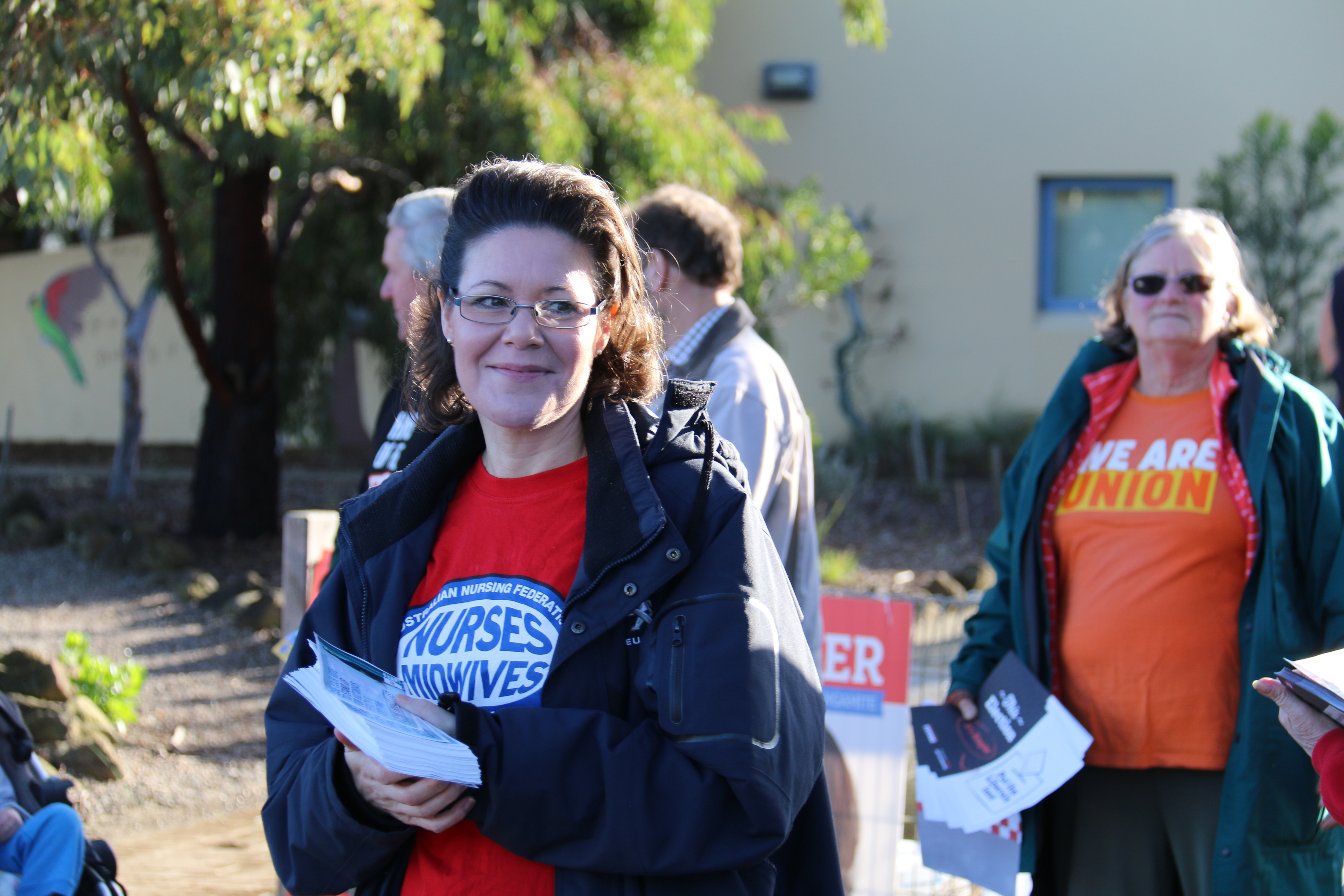 The best way to take action is together.

People in your industry or profession are already organising for the things that matter at work - secure jobs, safety for everyone at work, gender equality, more time with our families. We're also organising outside our workplaces, for a fairer society. If you're someone who is prepared to take action to make the world better, you've found your people. We Are Union.

Join in union in your industry.

Be part of a social justice campaign.